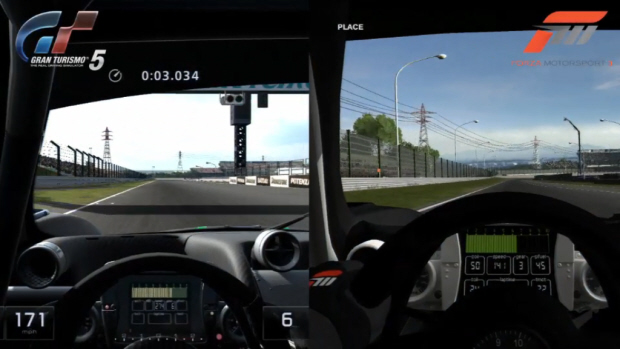 This Gran Turismo 5 versus Forza 3 comparison video gives you a side-by-side look at the two racing juggernauts.

Gran Turismo 5 is a game that has been in the making since way back in 2005… That’s four years before Forza 3 hit the marketplace!

In development for seemingly forever, going up against a veteran racing and simulation series in it’s own right in Microsoft Game Studio’s Forza Motorsport series, which game do you think comes out on top?

You can decide for yourself using this comparison video.