Call of Duty: Black Ops 2 hinted at in Black Ops? 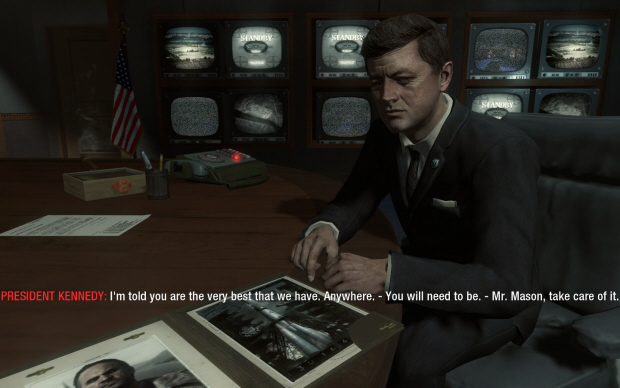 They are namely found within the Intel throughout the game as well as at hidden computer terminals. Spoilers ahead.

If you find all of Call of Duty: Black Ops Intel locations hidden within the Redemption mission, you’ll discover CIA staffers discussing how Mason, Jason Hudson and Grigori Weaver are “national security threats”. You’ll further discover that the SAS is sending an agent named Jonathan to eliminate these threats. Furthermore, the memo is dated October 27, 1978, which is ten years after Black Ops ends.

You’ll also find an e-mail on Mason’s computer (exit the menu using the triggers and check behind where you’re sitting). The memo is dated July 4, 1978 and warns mason to avoid South Africa because the CIA’s Special Activities Division is planning on him slipping up so they can get rid of him. For good.

Additionally there’s a note from someone named “X” at various points that also hint at a sequel that would take place during the 1970s.

Obviously Call of Duty: Black Ops has been a huge sales success so a sequel is guaranteed. It’s really not a matter of if the game will be announced but WHEN.

Does the thought of a Black Ops 2 excite you?