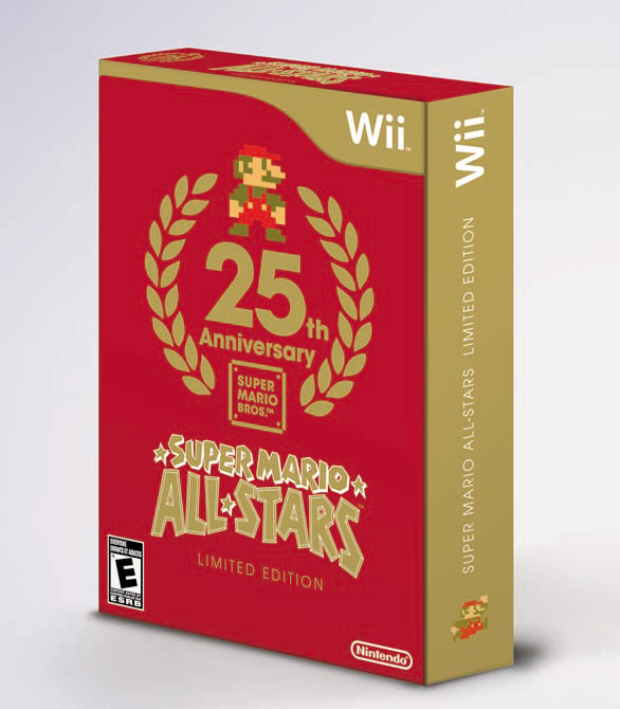 The Super Mario All-Stars 25th Anniversary Edition for Wii has finally been confirmed to be coming to America.

It also will include a video that will show the History of Super Mario as well as a soundtrack CD that includes a single track that’s a mix of various songs taken from each game in the Mario series ranging from the original SMB on NES all the way to Super Mario Galaxy 2 on Wii!

Nintendo also revealed the official North American box art for the game which you can see above.

This was all revealed in an interview with the music personalities from Mario games past in the latest issue of Iwata Asks, which is an interesting read.

Release details and pricing were not revealed although the red Wii Mario All-Stars system bundle release date will be available in two days on November 8th (that’s a red Wii system with Mario All-Stars Wii 25th Anniversary included); So the standalone release of Mario All-Stars Wii can’t be too far behind. Although I got a sneaking suspicion that it might be a Club Nintendo-exclusive . . . We’re sure to find out soon.