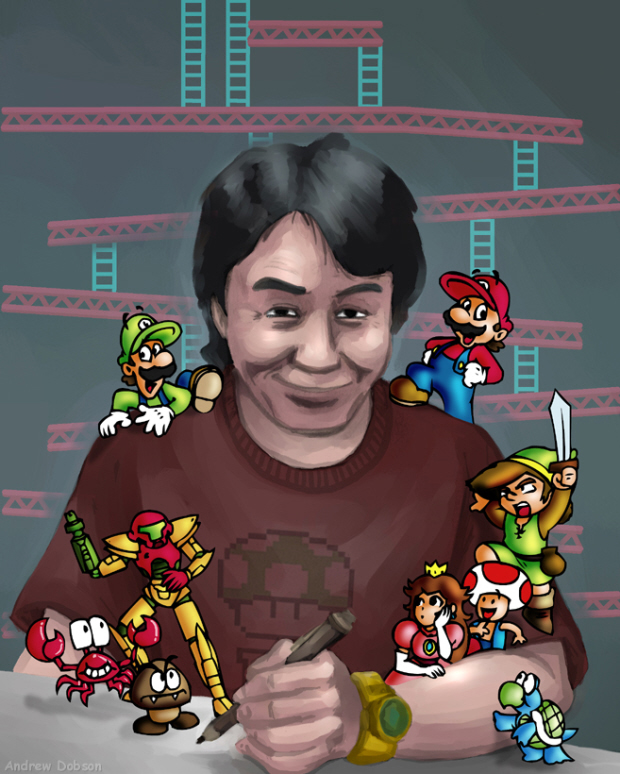 3DS Super Mario games in both 3D and 2D are being created as we speak according to creator and producer Shigeru Miyamoto, Nintendo’s mastermind developer.

This was revealed in an earnings briefing during Q&A.

One thing that keeps coming up in regards to the 3DS, is Miyamoto and Nintendo’s point-of-view that 3D titles, which started with Super Mario 64, ultimately turned people away from gaming because the games were too hard to control or “too complex”. Miyamoto thinks they got it closer to right with Super Mario Galaxy in being more attractive to a wide variety of players, but they also created New Super Mario Bros., a “side-scrolling” (in this case “2D” as opposed to “3D”) entry which sold like hotcakes and proved that a much wider audience of people really were attracted to the simpler style. New Super Mario Bros. on DS over 26 million copies while New Super Mario Bros. Wii has sold over 17 million copies since last year.

“When asked ‘what will we do on 3DS,’ the answer is, of course, we’ll make both 2D and 3D Mario games. They both have their own appeal.” – Shigeru Miyamoto

“When Super Mario became Super Mario 64, the range of players narrowed greatly,” said Miyamoto. “When asked ‘what will we do on 3DS,’ the answer is, of course, we’ll make both (2D and 3D). They both have their own appeal.”

As far as 3DS Mario games are concerned, Miyamoto says that the stereoscopic 3D effect of the upcoming 3DS handheld makes it much easier for players to determine depth, which may greatly help in making 3D games appeal to the mainstream.

And these new stereoscopic 3D effects can also help with “player weight”, which is how a player perceives the weight and feel of movement to be with a particular character they are controlling. Without stereoscopic 3D, it can make it hard for the player to calculate when something that’s coming at the player will hit them. Miyamoto thinks that the way the stereoscopic 3D effects of the DS add to both depth perception and weight perception will make the games become even more accessible than before.

“In 2D Mario it’s difficult to tell when they [objects/enemies] will hit the player, so we were only able to use these [depth/visual tricks] lightly. However, we’ll be able to use this type of thing quite a bit on the 3DS.”
– Iwata: “You went more in-depth than I’d been expected. This is the first I’ve heard of this.”
– Miyamoto: “No good? Don’t tell any game magazine people.”

Haha. This is all sounding very interesting. Personally I love the thought of both new 2D AND 3D Mario games for the 3DS.

Via GoNintendo. Image thanks to Infendo