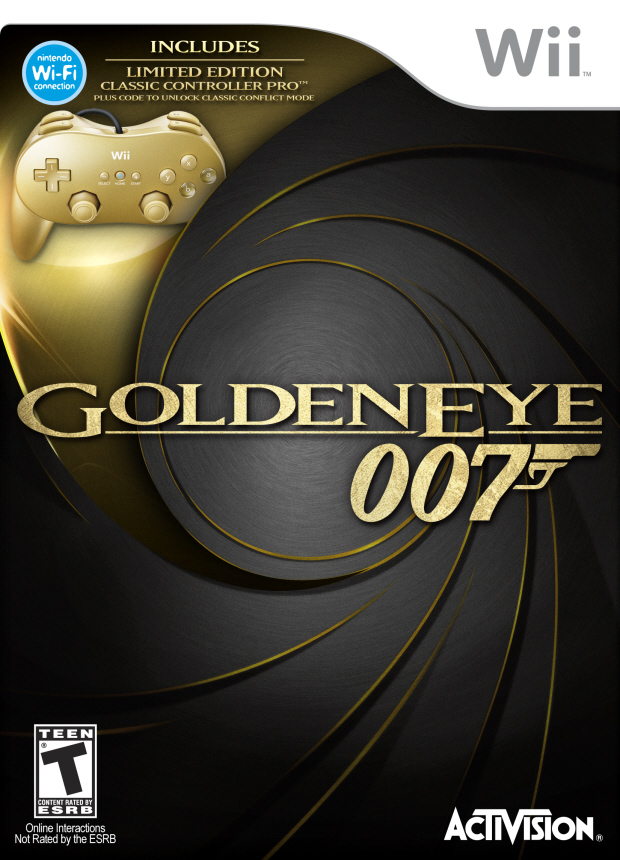 In this GoldenEye 007 Wii walkthrough, you’ll be guided through the beginning to ending moments of cutscenes and gameplay for this interesting remake and reboot of the classic film and its Nintendo 64 counterpart.

This guide is done in Classic 007 hard mode, played with a Classic controller.

The extra objectives for intel locations in the first level on Classic 007 Mode are as follows; erase the security footage of trevalyn and yourself, take pictures of the helicopter, and download the flight plan.

These objectives can be simplified to find 3 wireless routers and take 3 pictures of the helicopter.

1. Mission start: you’re on a hill with trev. and you do a fun slide maneuver and you do the quick time subdue thingy. Lets fast forward to after the car ride with trev.

2. The next objective is taking pictures of the helicopter, this is easily done by following the way points the game marks for you and before you know it you are standing outside below a heli pad with two dudes with in sniping distance having a lovely conversation about stuff. Snipe them then climb to the top of the heli pad and have a photo op with the helicopter and make sure those weapon systems get some exposure too. On top of the heli pad you’ll notice 3 guard towers. the one farthest to your left will have a rocket launcher in the tower but that is obviously not mission critical. the farthest one with a sniper will have a sniper in the tower and you’ll find he is guarding another wifi router but the router is inconspicuously hidden under the computer consoles in that tower. Yes, you can see it as soon as you walk into the tower look out but its at floor level not eye level.

3. The last objective is erasing the last part of the security footage, which is kind of tricky but none the less easy. After you take the elevator under the guard tower I last mentioned, you will notice a server room with a bullet proof window and your smart phone will go off and you’ll look through the phone and notice you can’t hack it. The window has a hole for exchanging documents, aim a gun through that whole and shoot the lock off the door and then take the ladder down to the ground floor. shoot some dudes then go up stairs the other way and hack the router, after that it’s just extraction, a video with women swimming, and then you’re done. — Thanks for the GoldenEye Wii walkthrough text and accompanying intel locations to Hardmodeonly.

The Memorial Park intel locations are:

1. The phone icon comes up right as you approach the first small building, with the SUV outside. It’s in the back room; the one you have to drop into through the ceiling. There’s a large container on a table against the back wall. Stand right in front of it to open it, and then you can take the picture of the contents.

2. It’s inside the bigger base behind that fence. — Thanks to Bigboss & Magmaotter for the tips.

006 Final Boss Fight Tip: Try to reload before the whole fight with 006, so that your gun is fully loaded. Then when you get to that ending part with the shooting showdown Bond won’t need to reload and he’ll shoot 006 before he can be shot. – Thanks to Donnie for the help.

Thanks to Silverwing for the walkthrough videos.