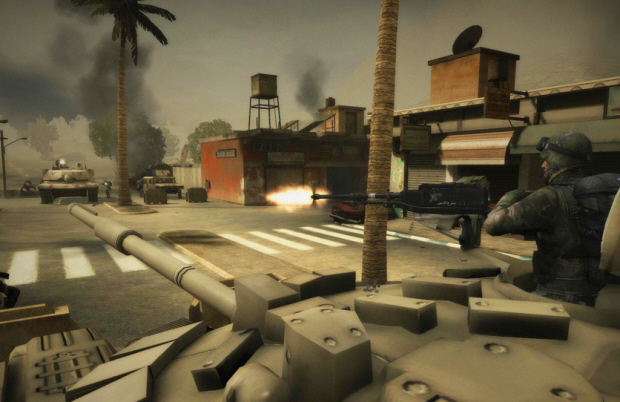 Battlefield Play 4 Free has been announced as a free-to-play shooter that will be online in the second quarter of 2011.

Unlike Battlefield Heroes, a game that EA will continue to support, Battlefield Free 4 Play is a more serious and realistic take on the same Battlefield shooter formula that everyone knows and loves.

The same loadouts, weapons, classes, and gameplay will be featured, but with none of the cheeryness and stylized art that Battlefield Heroes employs, instead this new game will be more like a proper entry in the Battlefield series with maps, weapons and classes drawn from other entries in the series from Battlefield 2 to Battlefield: Bad Company 2. It will also support up to 32-players online.