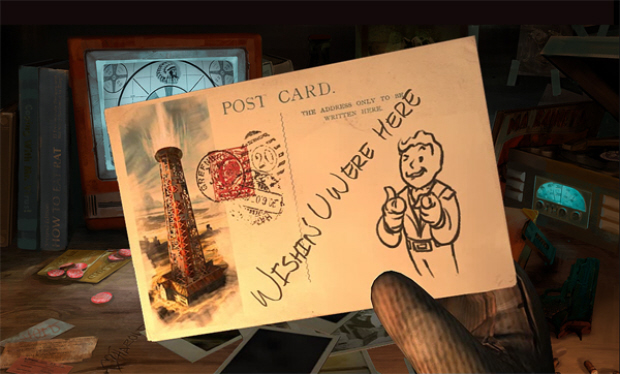 The Fallout Online MMO from interplay has a release date of late 2012 confirmed publisher Interplay, who seeks to remind those immersed in the world of Fallout: New Vegas that they are indeed working on a new game.

This also confirms that the game is still in development.

“We have a beta scheduled for 2012, with the commercial launch in the second half of 2012,” said Interplay president Eric Caen to Edge magazine.

This confirms what the Fallout Online website has always stated, that a beta will take place in 2012, but a release window for the second half of 2012 is new news.

Interplay also stated that they have 90 people working on the upcoming game, even while they are engaged in a legal fight over the title with license-owner Bethesda.

“We have 90 people working on it. Even in January 2009, you were already able to move across the world,” said Caen.

Finally, he compared the different styles of the two competing franchises, saying that Fallout Online won’t have as serious a bent as Fallout 3 did.

“Fallout 3 was a little bit too serious — that’s definitely not where we’re going,” he said. “Our Fallout MMOG will be extremely funny. At the same time, an MMOG must be a lot deeper than a standalone game. It’s not a shooting game we’re making. You can shoot, but it’s a very small portion of the game. The game itself is about reconstructing the world.”

Here is a video showing concept art and screenshots for Fallout Online.