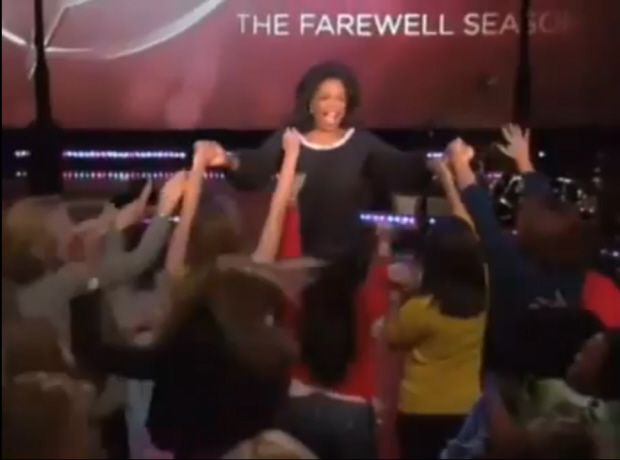 Oprah has done it again! Everybody’s favorite long-running and soon to retire Talk Show Host has given away the upcoming Microsoft Kinect Xbox 360 peripheral to her entire studio audience!

I say “again” because Oprah may have been one of the biggest early factors in really propelling the Wii into the mainstream when Oprah also gave that system to her entire audience, which went absolutely nuts.

Reacting in much the same way this time around, the crowd of middle-aged women went crazy when they were given an Xbox 360 game system along with a Kinect during the most recent episode of the show.

You can watch their reactions in this video clip.

The actual episode itself focused on “The Next Big Thing”, and Kinect may just well be that. Although the PlayStation Move has a head start, with sales of that “motion-sensing device” quite high worldwide. The Xbox 360 Kinect release date is November 4, 2010 in America, November 10th in Europe, November 18th in Australia and November 20th in Japan.