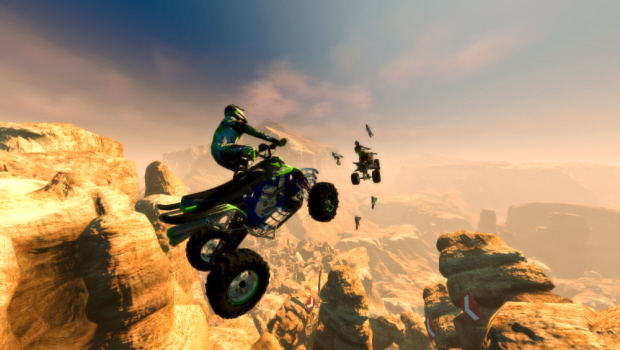 Nail’d will be released on November 30th in America for Xbox 360, PS3 and PC from developer Techland and publisher Deep Silver. Europe gets it in February of 2011.

Nail’d is an intense off-road racing game that supports both dirtbikes and ATVs with a focus on intense speed and verticality that will leave you “white-knuckled”. The soundtrack features the likes of Slipknot and Queens of the Stone Age.

The game has been compared to the likes of other offroad racing titles like Pure and Motorstorm.

Here is a funny commercial for the game which offers a cure for “White Knuckle Syndrome”.

Key features of Nail’d include: