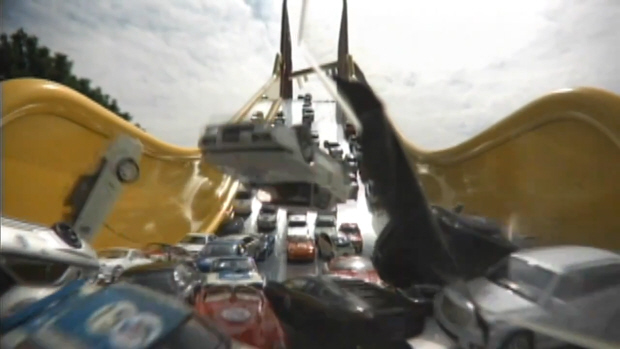 Gran Turismo 5 has been delayed officially to an unknown date, although Sony says the game will still be released “this holiday”.

Naturally, many fans were dismayed and in pure and utter agony at the news of ANOTHER delay. While some say it is because of production issues (not having enough Blu-ray discs), more people believe that the real reason behind the delay is due to the recent “Jailbreak” PS3 system hack.

This would mean that the discs, which had already gone into production and pressing before the hackers came along, had to be repressed so they can run on the new 3.50 firmware instead of 3.41. In order to further guard the game against possible piracy. And with the game taking so long to develop, you better believe Sony would do anything to stop piracy of GT5.

Either way, Sony was definitely dismayed themselves at having to delay one of their biggest games of the year and a definite money maker.

“We’re really close, but this was an executive decision that was made yesterday,” he said. “Realistically, we thought we had a good date. We’re not happy over here. Sony is shooting for it to be out by the holidays. You won’t see too much more delay.”

While development boss Kazunori Yamauchi apoligized via Twitter and stated that they had a few last kinks to iron out. Either way, hopefully the game will get an official date and be in our hands soon THIS YEAR. It should also be noted that many retailers list the game as releasing January, 2011, but that’s most likely just a placeholder date.

Now don’t get angry, laugh along to this cute “We Love Cars” Japanese Gran Turismo 5 commercial!

And here is the awesome making-of showing how they shot it the commercial!