Did you pre-order Duke Nukem Forever? Gearbox wants to reward you 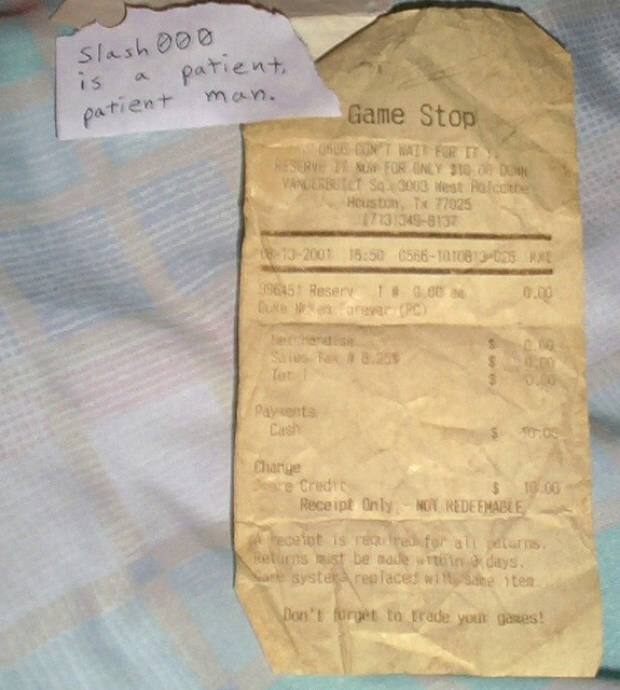 If you pre-ordered Duke Nukem Forever, Gearbox hopes to honor that, said the company.

Exactly how and what that would entail are details that are still up in the air, but Gearbox President Randy Pitchford has stated that they want to do right by fans that have officially been waiting 13 long years for this game.

And already the company has started talking to retailers about honoring those who did pre-order Duke Nukem Forever back in the day.

“There are a lot of people who pre-ordered the game,” said Randy Pitchford to VG247. “We’ve been starting to talk with retailers because we didn’t take them directly, and 3D Realms didn’t take them… We’ve started to engage them, saying ‘Hey, you’ve got customers who you made a promise to, and any bad feeling they have will reflect on us, so can we work together to do something for these people?’ I don’t know what we can do yet, but something should be done for the people who pre-ordered.”

Of course, unless you have an actual receipt it may be hard to know who actually pre-ordered the game and who didn’t. I suggest they just have people send their receipts in, and you’ll be given a special reward. Exactly how fans who reserved Duke Nukem Forever will be rewarded wasn’t revealed, but it’s definitely classy that the company is even thinking about it. Bravo!

On an unrelated note, gamers who purchase Borderlands: Game of the Year Edition will get a special treat in the form of early access to the Duke Nukem Forever demo. Huzzah!