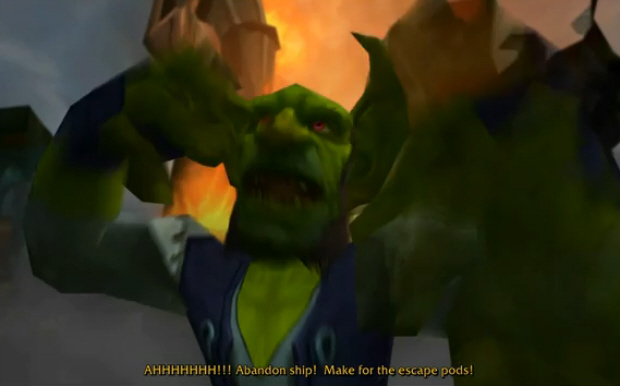 World of Warcraft: Cataclysm, the newest WOW game, has a release date of December 7, 2010 announced developer Blizzard, for PC and Mac.

In addition to the normal edition of the game, a sweet WOW: Cataclysm special limited edition package will also be available to give fans much more bang for their buck. I can’t help but be reminded of the Lord of the Rings: Extended Edition DVD sets, which is how the Collector’s Edition looks.

The first two World of Warcraft expansions, The Burning Crusade and Wrath of the Lich King, each shattered PC game sales records upon their release.

In Cataclysm, the face of Azeroth will be forever altered by the return of the corrupted Dragon Aspect Deathwing. Players will explore once-familiar areas of the world that have now been reshaped by the devastation and filled with new adventures. In an effort to survive the planet-shattering cataclysm, two new playable races — worgen and goblins — will join the struggle between the Alliance and the Horde. As players journey to the new level cap of 85, they’ll discover newly revealed locations, acquire new levels of power, and come face to face with Deathwing in a battle to determine the fate of the world.

“Cataclysm includes the best content we’ve ever created for World of Warcraft. It’s not just an expansion, but a re-creation of much of the original Azeroth, complete with epic new high-level adventures for current players and a redesigned leveling experience for those just starting out,” said Mike Morhaime, CEO and cofounder of Blizzard Entertainment. “With the help of our beta testers, we’re putting on the final polish, and we look forward to welcoming gamers around the world to enjoy it in just a couple of months.”

Here is a Goblin cinematic from the game.