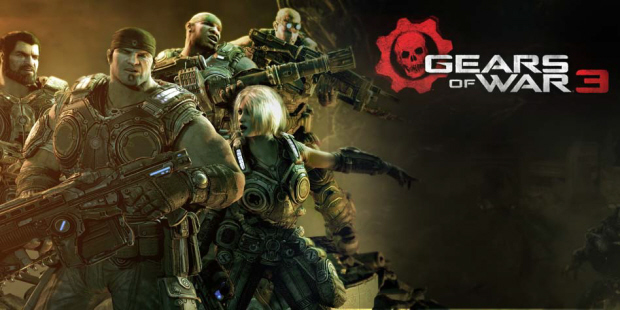 Gears of War 3 has received a shocking delay to Fall 2011 from its previous date of April 8, 2011 . . . That’s a long time for fans who were looking forward to the latest shooter in the beloved series to wait!

No exact details were given by Microsoft and developer Epic Games on exactly why they decided to delay the game.

“Epic Games have done great work thus far readying the title for release in the Spring of 2011. However, we’ve elected to move the launch of Gears of War 3 until Fall 2011 to make it the marquee title for the holiday season.”

Epic Games further added that it was, quite simply, a business decision made by Microsoft. In fact Epic says it was “absolutely not a development slip”

“I know fans are going to be disappointed with the new release date, but rest assured that this is a business decision between partners, and not a quality issue,” said executive producer Rod Fergusson. “Gears 3 was on track to be the most polished Gears of War game ever when it released in April, and this additional time allows us to polish it that much more before it hits shelves next fall.”

Thankfully Epic Games promise that there will be a “silver lining” to this “dark cloud” and that some of it will be revealed soon, like next week.

Personally, although this is major sucky news, it’s always great to know that the game will be insanely polished and kickass to the Nth degree with tons more features than what we would’ve gotten thanks to the delay.