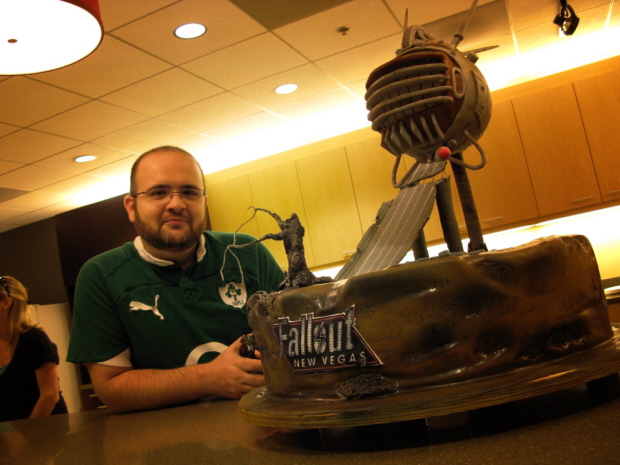 The Fallout: New Vegas release date is October 19th, 2010, a day that is approaching with quick speed as Halloween nears.

Since the game is only two weeks away, publisher Bethesda has released some specs that will give you an idea of the type of computer you will need to run the PC version of the game.

Here are the recommended PC specs:

Isn’t that Fallout: New Vegas cake sweet?! It was given to New Vegas designer Robert Lee on his birthday by his wife as a surprise, a bday that coincided with the official end of development of the game which has shipped off to manufacturers.

Here are a series of developer diaries on the game.