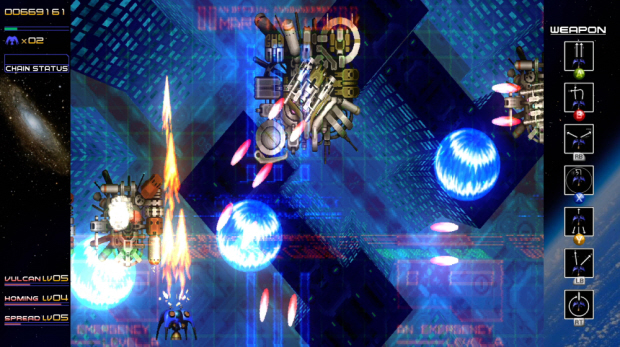 Radiant Silvergun Xbox 360 remake for Xbox Live Arcade in 2011 has been announced by Microsoft and Treasure!

This is huge news and a huge catch for Microsoft, as Radiant Silvergun is one of most beloved shoot ’em ups of all time and a schmup cult-classic that is at the top of the “wanted” list of re-releases, right up there with Panzer Dragoon Saga.

As far as specific features for this version are concerned, it will have high-definition visuals, online play, co-op support, downloadable replays, leaderboards, Achievements and hopefully a bit more.

If you’ve never heard of the game, it is kind of a spiritual prequel to Ikaruga (also on Xbox Live Arcade) and is one of the games that schmup fans worship. Originally for the arcade, it was ported to Saturn with added cutscenes by Animation Studio Gonzo. It has never been re-released but is an extremely popular ROM download (naturally) and the original Saturn copy fetches very high praises (natch).

Radiant Silvergun’s claim to fame (outside of the standard schmup craziness) was it’s eschew of shooter conventions. Instead of picking up power-ups to make your ship more powerful or give it different weapons, you had access to seven weapons, all available to switch to at anytime. However you controlled these weapons with three different buttons, and could shoot in different forms/directions depending on the combination of buttons pressed.

You’ll get to try the game out yourself sometime next year. Here is the Tokyo Game Show 2010 reveal video.