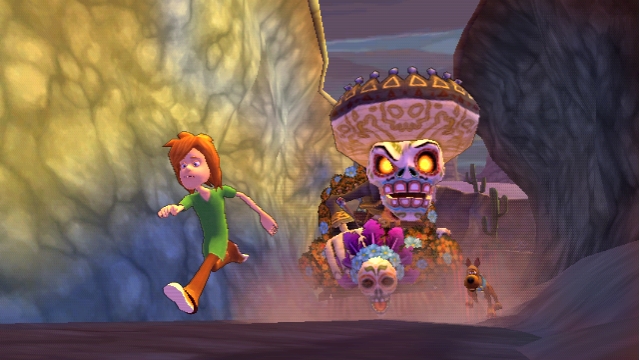 In this Scooby Doo and the Spooky Swamp walkthrough, you’ll be guided through the newest game based on the timeless cartoon series for Wii and PS2.

Scooby Dooby Doo! Our favorite canine mystery crusader is back in action with Scooby-Doo! and the Spooky Swamp. Scooby-Doo, Shaggy, Daphne, Velma and Fred are on an all-new adventure to uncover the mystery behind a strange swamp girl and her peculiar cauldron of brew. Players can jump in as any of the Mystery, Inc. characters (including Scooby-Doo) at any time to travel beyond the swamp and into other haunted locales, such as the snow covered Alpine village or the Southwestern ghost town, to uncover more clues and solve the mystery of the strange brew.

Get a look at the game’s various environments that you’ll traverse in this developer diary.