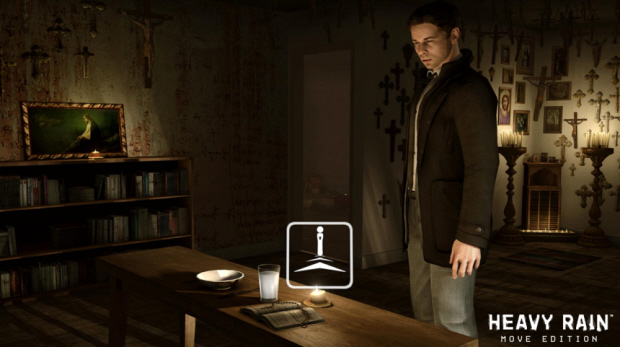 Heavy Rain will be getting PlayStation Move support added on September 22nd via a patch for the best-selling PS3 adventure title from developer Quantic Dream.

It was announced earlier in the year but until now fans didn’t know how long they’d have to wait post-Move to get their hands on the updated version of the game.

The Move Edition adds natural gesture control motions players must make with their hands and arms in context with the in-game motions the characters perform in order to progress through the game, using the PlayStation Move controller system.

It apparently makes a huge difference in giving Heavy Rain a more immersive experience due to the fact that the motions players make are natural and fit well with what’s happening on-screen. So players will have to pretend like they are brushing their teeth by moving the controller back and forth in front of their mouth or will have to move the Motion controller up or down to simulate turning on a light switch.

Upon the patch’s release, it will automatically be downloaded and applied to the game after you boot it up. And if you already have the PlayStation Move but don’t yet have any games, you’ll be able to try a Move-Supported Heavy Rain demo which will be released on the PlayStation Store on September 28th (free to download of course).

However, if you want to play Heavy Rain with the Move system you will also need the Navigation Controller, and not just the Motion Controller. Much like Wii titles that require both the Wii Remote and Nunchuck to play (in addition to having the PlayStation Eye camera as well).

The PlayStation Move release date is in four days on September 19th.

Here is the trailer for the Heavy Rain: Move Edition.