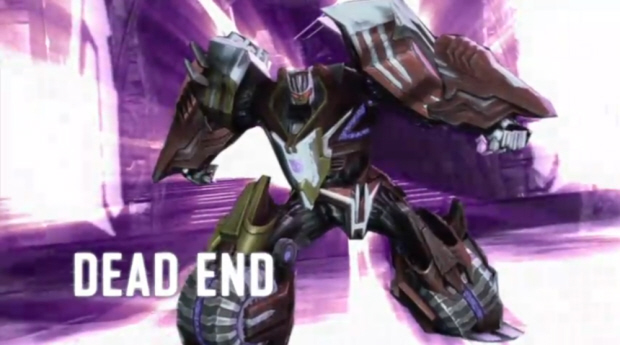 Transformers: War For Cybertron Character & Map Pack #2 has been released. It is avaialble now on Xbox Live Arcade for 800 Microsoft Points and on PlayStation Network for $10.

Fans will be happy to know that this new downloadable content adds two new Transformers: War for Cybertron characters to play as, one for each side (Autobot and Decepticon) as well as five new multiplayer maps for online players to fight on.

For the Decepticon side comes Dead End, whereas Zeta Prime will now be playable for the Autobot side!

Here is the PR:

“Become the ultimate weapon and wage war in FIVE new maps – engage in multiplayer combat in HORIZON, SECTOR, and METROPOLIS or fend off waves of Autobots in STATIC, and Decepticons in PULSE, two new Escalation mode maps.

Also gain access to 2 new characters and their chassis for use in Escalation mode and Multiplayer character creation; ZETA PRIME and DEAD END are ready for battle.”

If you missed it, don’t forget to download Transformers: War for Cybertron DLC Pack 1.

This will hopefully help to keep fans interested in the game just as the holiday season is about to start in earnest and a ton of killer games hit the store shelves.

He’s a trailer for the DLC. If you haven’t played the game, it is a very solid action and fun multiplayer title whether you’re a Transformers fan or not, definitely pick it up if you have the chance.