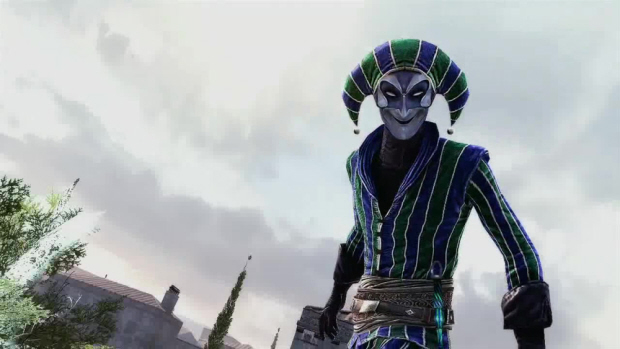 Fans who pre-ordered the Assassin’s Creed: Brotherhood standard edition for PS3 will be able to get their kill on in the multiplayer beta starting on October 4th.

The beta is exclusive however to the PS3 version of the game and only those who pre-order the game will get to try it out ahead of it’s release on November 16, 2010.

Naturally, if you ordered anything above the standard version (the Auditore or Codex special editions) you’ll also be getting into the beta as well.

In the multiplayer beta you will get to play as one of nine different characters in two different maps: Rome and Castel Gandolfo.

Eight players can play at a time and there will be two different modes for beta players to try out: Alliance and Wanted. In Alliance, players hook up in teams of two and must equally fulfill contracts and confuse enemies together. In Wanted, players are given a specific target that they must hunt down before being hunted themselves, in a grisly game of cat and mouse.

Sadly, PC players will apparently have to wait a bit longer to get their fix of the game, as the PC version has been delayed beyond the November 16th date and possibly into next year. Some sources say February 2011. :/

Here is a look at the multiplayer.