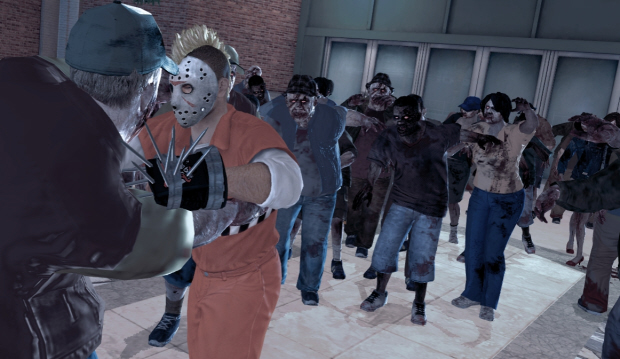 Dead Rising 3 should be made by Blue Castle Games, says creator Keiji Inafune in a new interview.

Speaking to IGN, the game designer has stated that he had such a positive experience working with Blue Castle Games on Dead Rising 2, that they would be his choice to work on a third game. If a third one was green light of course (we’ll see after Dead Rising 2 releases on September 28th).

“The experience with Blue Castle was very positive. And if we have the opportunity, I would like to work with them again.”

“Well, we’re not going to start even speaking about Dead Rising 3 until we see the sales of DR2 – unfortunately that’s the nature of the game! However, the experience with Blue Castle was very positive, and if we have the opportunity I would like to work with them again.”

While the first game was developed internally at Capcom, Dead Rising 2 was developed in conjunction with Blue Castle Games who did the brunt of the work. And it sounds like they did a pretty good job, eh.

Of course Dead Rising 3 hasn’t been announced and probably has yet to start development, but Inafune already gave this detail.

“For Dead Rising 3, the gameplay might be the same, it might be different, but I will come up with another goal to achieve.”

Here is the latest developer diary on the weapons and “Tools of the Trade” seen in the game.