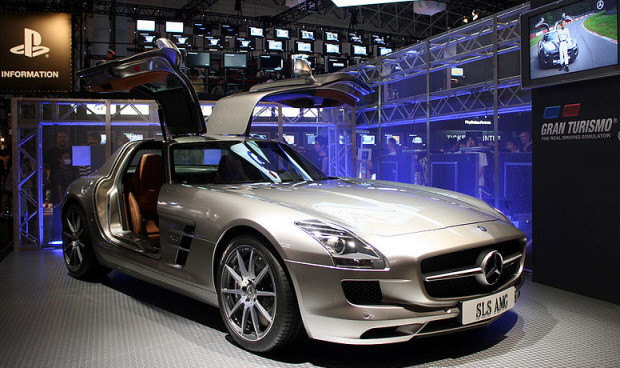 Gran Turismo 6?!?! You better believe it.

Gran Turismo creator Kanunori Yamauchi inadvertently revealed that he and his team at developer Polyphony Digital are already planning Gran Turismo 6 during a presentation on the upcoming PS3 release of Gran Turismo 5 that was given at Gamescom 2010.

During the speech he talked about how the Karts in the game almost didn’t make it in, as they were saving the vehicles for Gran Turismo 6!

“We were saving this for GT6, but the information leaked out so we decided we would just put it in this one,” he said.

Also revealed at Gamescom 2010 for the amazing Gran Turismo 5, was a new B-Spec mode that allows you to manage a team of racers, a course maker that allows you to set conditions to have a track generated for you, and a 3D Photo Mode.

Gran Turismo 5 will be released for PS3 on November 2nd in America and on November 3rd in Europe. And if you’re looking forward to it you might consider pre-ordering the Gran Turismo 5 special collector’s edition.

Update (November 4, 2010)
Polyphony boss Kazunori Yamauchi revealed that development on Gran Turismo 6 has already begun, this as Gran Turismo 5 has just finally gone gold! This was revealed when he was asked by Autoweek if the winner of this years SEMA Gran Turismo award, the 1969 Chevy Camero would be featured in “Gran Turismo 6”. While the question may have been somewhat of a joke, Yamauchi gave a serious reply saying simply “Right” and adding later in the interview when asked about ‘Gran Turismo 6’, ‘It’s not something that we can talk that lightly on. It took 2,000 days to get all the ideas that went into GT5. It’s just too early to be talking about GT6.”