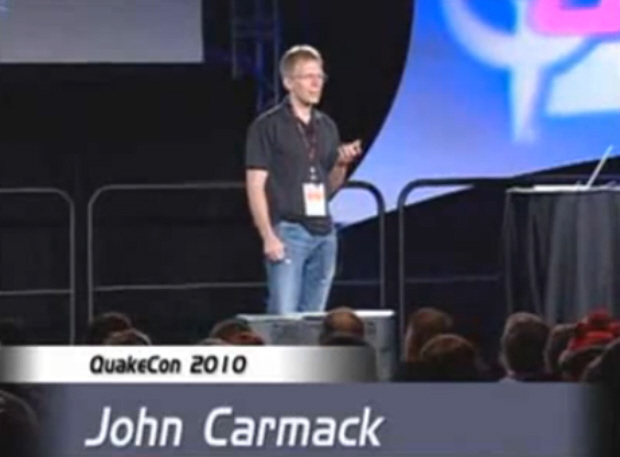 RAGE is one of id Software’s most anticipated games in years. And for good reason.

The game is the first all-new IP from the company in over a decade, has seen a very long development cycle, is running some all-new technology and will finally take id into a completely open-world space. Something the company has yet to do.

There will be many firsts with RAGE, and yet all of that was sent out the window when John Carmack pulled out the unthinkable at QuakeCon 2010 . . . . RAGE running on an iPhone!

Yes we all know he is a genius. And he hammers it home in this video. Watch and be amazed.