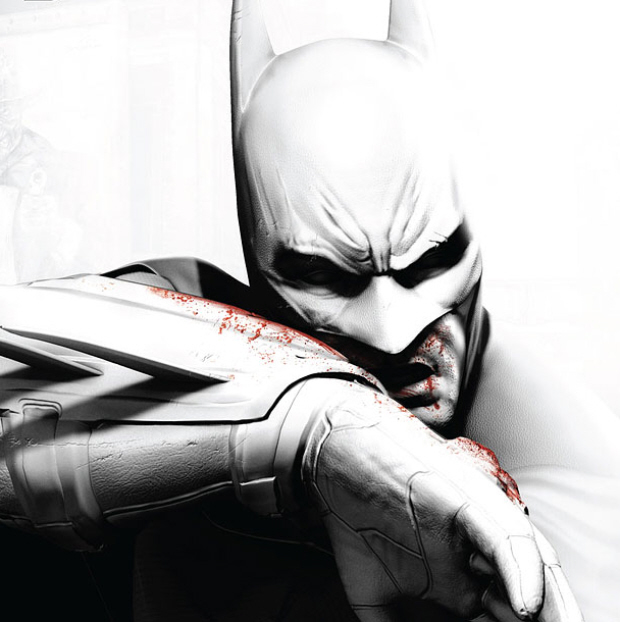 Batman: Arkham City is Arkham Asylum 2‘s official title, and the game is the follow-up to the award-winning, best-selling, breakout hit original (Batman: Arkham Asylum), that proved that a great superhero videogame could in fact be made. Developer Rocksteady that made its name with the original returns handling developing duties on the sequel.

“Batman: Arkham City builds upon the intense, atmospheric foundation of Batman: Arkham Asylum, sending players soaring into Arkham City, the new maximum security “home” for all of Gotham City’s thugs, gangsters and insane criminal masterminds. Set inside the heavily fortified walls of a sprawling district in the heart of Gotham City, this highly anticipated sequel introduces a brand-new story that draws together a new all-star cast of classic characters and murderous villains from the Batman universe, as well as a vast range of new and enhanced gameplay features to deliver the ultimate experience as the Dark Knight.”

In the sequel all of the original’s weapons and gadgets with return with enhanced abilities. Secondary missions will be added to give more diversity and the combat system has been improved over the excellent system seen in the original (including countering multiple enemies simultaneously, the ability to use all of Batman’s gadgets during combat, and reactions to thrown objects). Gang fights will also now be encountered while exploring the new district, as thugs who are aligned or factioned with certain villains (Two-Face or The Joker, for example) will explode as they vie for territory, with Batman caught in the middle. This will make it more difficult to navigate around the city.

Two new weapons featured in the game include Smoke Bombs and a Broadcast Tracer that allows you to locate signals and track them to their source. Gamers were big fans of the puzzle elements from the original game, and they will be expanded on for Arkham City (including tougher Riddler Puzzles). The Detective Mode will also be getting tweaks (it will be an “augmented reality” mode to minimize how some players would always keep Detective Mode on in the original).

Pick up the current issue of Game Informer magazine for much more coverage of Batman: Arkham City; Which also features two kickass covers.