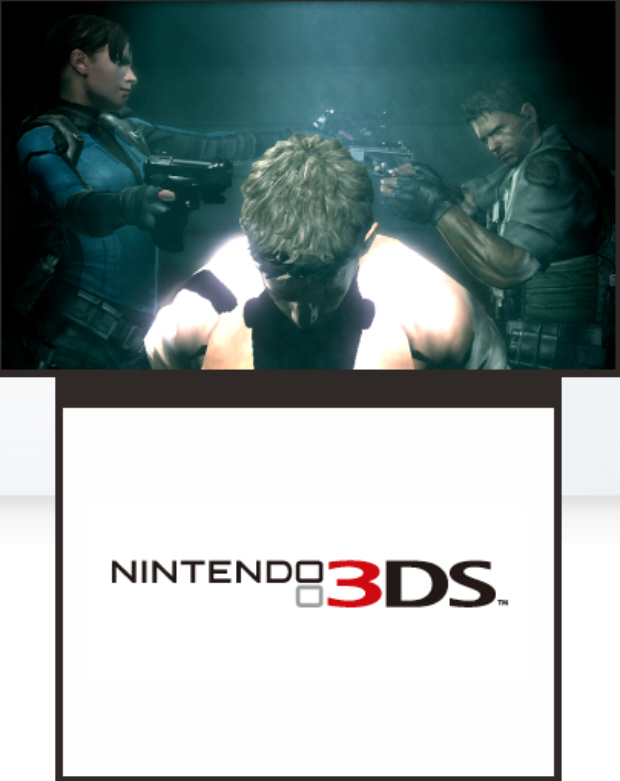 Resident Evil: Revelations has been announced for 3DS from developer Capcom and is an all-new chapter in the publisher’s long-running Resident Evil series.

Resident Evil fans will be extremely excited to see that Resident Evil: Revelations for Nintendo 3DS uses not only the same character models as that of Resident Evil 5, but has graphics that look to be on-par with Resident Evil 4 . . . while mixing elements and features from both games as well as elements from the series’ storied past!

The game actually makes use of Capcom’s MT Framework engine, the same engine used for Resident Evil 5 on the Xbox 360, PS3 and PC! Which means that Resident Evil: Revelations looks to be a showcase title for the platform to show off it’s graphical capabilities and what the system is capable of!

Before I say any more, check out the debut trailer for the game from Capcom’s E3 2010 Press Conference.

Back? Amazing, eh. Fans of the long-running series will immediately be frothing at the mouth at the prospect of the return of TRUE Resident Evil zombies (none of this “parasite” crap as seen in RE5 and RE4) as well as many other returning elements that seem to be suggested in the trailer.

The interesting twist to all of this, of course, is the fact that Chris seems to have made a “mistake”, and he is now being looked on as a traitor by Jill (or maybe he was framed?). The trailer ends with Krauser saying, “You are already….” Already what? Dead? That would seem to be the logical conclusion to the sentence, but who can really say. Hopefully the game will also incorporate some elements from RE2 such as the return of the Lickers and other monsters, who made their triumphant modern return in Resident Evil 5 and would definitely be welcomed again if they show up in this game.

But most exciting of all for me is the possible return of real zombies, which haven’t been seen since Resident Evil 3. Sadly though it’s impossible to tell if the zombie element will only be in flashback form or if you will actually fight “zombie hordes” (which the producer mentions in the video interview below) like the classic Resident Evil games.

Storywise, Krauser and Ada also share a connection with Wesker, and Ada was a key element of both RE4 (the debut of Krauser) and RE2. Given that Krauser is in Revelations, we will hopefully see the return of Ada. Which would be another connection to RE2 and RE4.

Revelations also seems like it may take place on a ship lost at sea, which would definitely be a really cool new environment for the series (reminds me of the train from Resident Evil Zero).

Here is an interesting interview with Keiji Inafune (Capcom’s Global Head of Production who also served as producer or executive producer on RE2, RE4 and RE5), who discusses the Nintendo 3DS tech and how it will benefit the series with Resident Evil: Revelations.

Last but not least, here is a video analyzing the above trailer to uncover it’s secrets. What is your theory? Could the ship be the one seen in Resident Evil: Dead Aim? Is the guy in the chair Hunk without his mask, or Krauser?