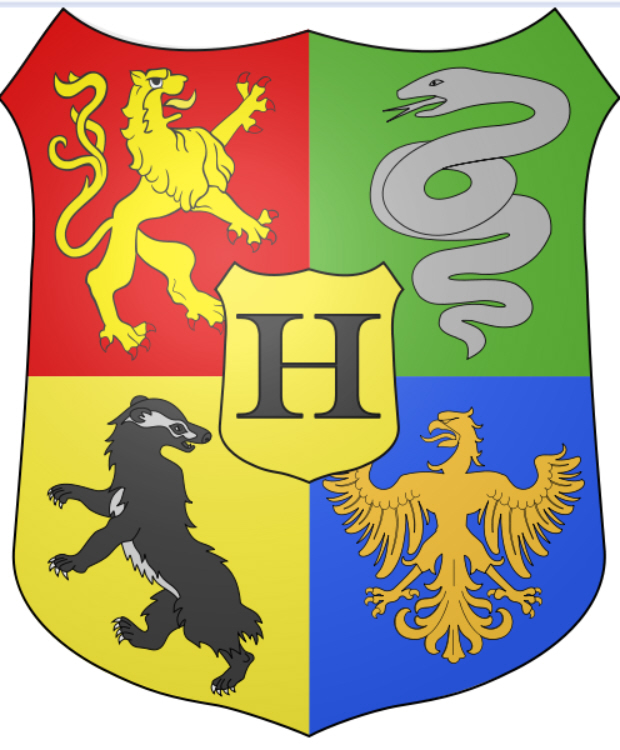 Our Lego Harry Potter House Crest Locations guide will help you to locate and collect each of the Crests located throughout all chapters of the game.

Doing so will net you the Crest Collector and Crest Fanatic Achievements and the “Ultimate Collector” Achievement (also worth 30G) for getting them all. For PS3 you’ll get Silver Trophies.

Crest #2: In Diagon Alley, wave to the shop owner at the left shop window by pressing the action button when you are close to the window. This will give you the Crest.

Crest #3: You’ll find the Hufflepuff House Crest piece by blowing up the blockade. Now make the broom-sweep-walking thing sweep the green liquid left behind. Then you can get the crest piece! — Thanks to Chillmaker45.

This video will show you all the Crest Locations in Year 1 “The Magic Begins”.

Out of the Dungeon

Crest #1: Find this Crest by using Wingardium Leviosa on the brown fish. You’ll see them on the ground when the Troll blocks you with the globe.

Crest #2: Put flowers (you can use Quick Cast) in all 9 vases to make this Crest appear.

Crest #3: Light all of the torches to make the third Crest appear. You’ll find two to the right and left of the pipes (high up), one up high to the right of the Mermaid Statue, one high up left of the Witch Exit and one in the bathroom.

Crest #4: Near the fountain where you put the three fish in, use Reducto on the wheel in front of the fountain (right before the fish statue) then use Winguardium Leviosa on the handle to put the piece you uncovered onto the fountain. The fountain will start to work and this will “reveal” the Hufflepuff Crest. — Thanks to Tricia Hotz.

This video will show you all the Crest Locations in Year 1 “Out of the Dungeon”.

Crest #1: Use Scabbers to go through the pipe. Now build the left stairs which will allow you to reach the Crest.

Crest #2: After dropping the Slytherin student down the hole, destroy the objects next to the wall. Now get next to the wall and jump out and around. Walk a little and use dark magic to open the trash can.

Crest #3: Raise all seven flags to make this Crest appear.

Crest #4: For the Hufflepuff crest you’ll need Reducto and Immobulous. When you build the cabinet that hermione uses, go back and blast the metal part of the wall, you’ll free the student in peril, then use immobulous on the two cornish pixies to make them drop the chest which gives the crest. — Thanks to SnappyDolphin.

This video will show you all the Crest Locations in Year 1 “A Jinxed Broom”.

Crest #1: Use Hermione to open the bookcase.

Crest #2: Put the flowers into all the vases. There are 6 Flowers.

Crest #3: To get this Crest, in the room with the mirror you will need to zap all three of their spiders with their webs.

Crest #4: After getting the spider for the potion, the Ravenclaw crest is in the back corner of that room.

This video will show you all the Crest Locations in Year 1 “The Restricted Section”.

Crest #1: You’ll find six brown fish located in the dry pond. Use Winguardium Leviosa on them, and place all six fish in the water to get this Crest.

Crest #2: Use Dark Magic on the 10 dark objects in the level.

Crest #3: Destroy all three of the yellow flowers to get this Crest. You’ll find one in front of the boy snagged in the Devil’s Snare. Another at the top of the second brown vine. And a third to the left of the second bee.

Crest #4: Use Reducto on the box near the fish. — Thanks to Grant for all these crests.

This video will show you all the Crest Locations in Year 1 “The Forbidden Forest”.

Face of the Enemy

Crest #1: When you drop into the room of Devil’s Snare, use lumos to get the snare to move, then Reducto on the box to get the Gryfindor Crest.

Crest #2: In the Key room, use Reducto on the 10 shiny keys to get the Slytherin Crest.

Crest #3: Once on the chess board, use Reducto on the shining box off the board. A black rook (horse) will appear. Ride the rook and it will throw you up to the Ravenclaw crest piece. — Thanks to Grant for all these crests.

Crest #4: The fourth crest is also in the chess level. Outside, to the right of the chess board, there is something which you can use dark magic on to open. Which will give you the Hufflepuff Crest. — Thanks to Kellie.

This video will show you all the Crest Locations in Year 1 “Face of the Enemy”.