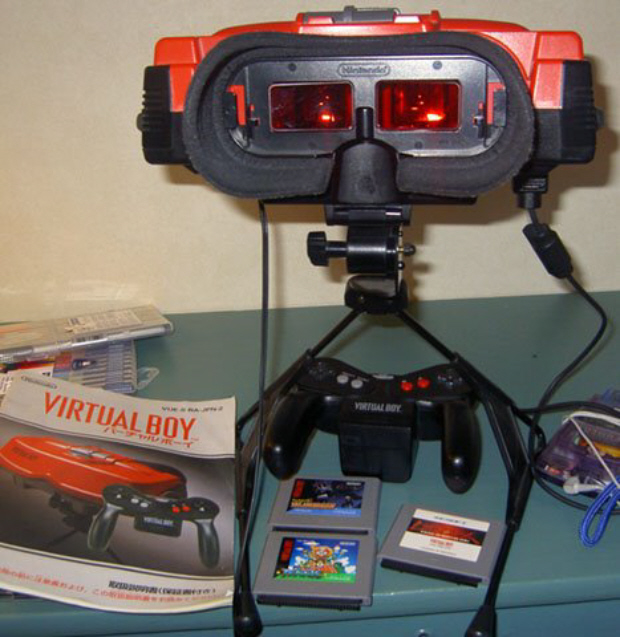 It was thought that the failed 3D “portable” game system, Nintendo’s red-colored Virtual Boy (released in 1995), would never be able to have it’s games re-released due to the unique 3D nature of the game system.

With the Virtual Boy users had to look through an eye piece at an eyeglass-style projector whose two images combined with a red and black color palette to create the illusion of 3D. But until now there was no way to duplicate that kind of 3D image.

However with Nintendo’s upcoming 3DS game system, ports or re-releases of Virtual Boy games could become a reality, especially since people keep asking about it.

Here is what Nintendo’s Konno had to say about it.

IGN: I’m actually encouraged that you mentioned the Virtual Boy, and other games that have played in 3D. I’m surprised that with all the tech demos that are here, we aren’t seeing, say, Mario Clash from Virtual Boy converted for 3DS play. Just to say “Hey, Virtual Boy still existed. We did 3D back then. Now you can see it on our new system.”

In case you forgot or have never seen the Virtual Boy, here’s a refresher.

And here is a look at what is arguably the Virtual Boy’s best game, Virtual Boy Wario Land.

Update June 2011: Shigeru Miyamoto was asked in a recent E3 2011 interview if Virtual Boy games would appear on the 3DS Virtual Console download service or not. He replied: “Well, that’s not my exact plan, but something like that could happen. I can say that in my photo album on my Nintendo 3DS, there is a photo of a Virtual Boy. So that says that I do have a Virtual Boy at my disposal. [laughs]”