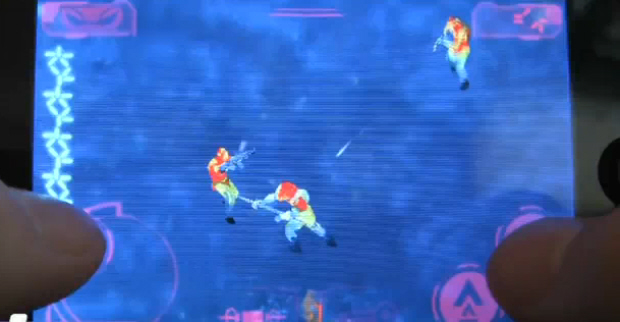 Predators the game for iPhone, iPod Touch and iPad is an upcoming action adventure game based on the bad-ass looking upcoming movie of the same name.

The film is the first proper film in the “Predator” franchise since Predator 2 (the Aliens vs Predator movies don’t count) and the first to star multiple Predators instead of just a single one.

Thankfully, this game has you stepping into the shoes of a Predator (not a human) and making use of all his token weapons. From the shoulder mounted Plasma Cannon to his different vision modes to his razor sharp Claws to his Cloaking ability. And make no mistake, this game is bloody and violent, with finishing move-style kills aplenty.

Initially though players will start out with all of the Predator’s abilities before having them taken away early on. They then will start back at the bottom of the Predator totem pole (the first rank) and have to rank themselves back up through 24 missions, slowly gaining back all their abilities (Metroid Prime-style).

And here is some straight gameplay footage of the title. Doesn’t look half bad!