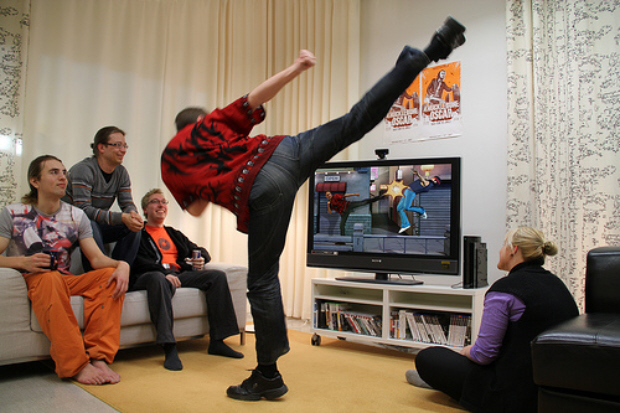 Kung-Fu Live is an upcoming PlayStation Eye-enabled controller-less PlayStation Network brawler that literally puts YOU into the game!

Once in the game you are boosted with super human abilities, such as being able to perform jump flips without actually making flips, do high jump kicks, force punches, shoot lightning from your hands, or even slow-down time like Neo from The Matrix!

The game looks like it’s a great deal of mindless fun, and it’s very cool to see your image in the game. So give it a look with this E3 2010 trailer.

And here is a much more in-depth look at the game in stage demo form. Looks like it could compete with some of the Microsoft Kinect stuff!