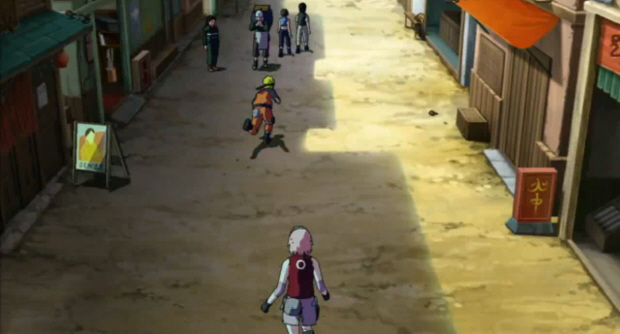 Naruto: Ultimate Ninja Storm 2 faithfully recreates the anime series with stunning graphics that envelope players into the mythical world of ninja with expansive environments, missions, battle systems and gameplay modes. While there are two sides to every story, Naruto: Ultimate Ninja Storm 2 has three, that have players living different as well as daring ninja lives through the eyes of Naruto, Sasuke and Jiraya.

With more than 40 characters to choose from (It has also been revealed that Tekken 6’s Lars has been added to the roster), engaging in bigger and more epic cinematic boss battles has never been this explosive. The game also delivers an improved Support Character system which allows players to link jutsus for wild ninja punishment and awards compatibility bonuses according to the strategic selection of ally recruits. To provide a true ultimate experience, the game also offers various online features where players can sharpen their skills or flex their fighting muscle to defeat rival ninja from around the world.

* Multiple online features including ranked matches with leaderboards, match customization, quick matches with opponents chosen at random and the ability to host matches.
* Destructable environments from which to knock your opponents into.
* Boss battles against giant foes.
* Team specials.
* Hidden Leaf Village which is fully explorable.
* Certain stages feature stage manipulation, such as Kakashi using lightning atop the surface of the water in his boss level.
* Drive Gauge system lets assist characters create combos along with the player or protect the player against sever damage.

Here’s an interview with the developer that sheds more light on the game.