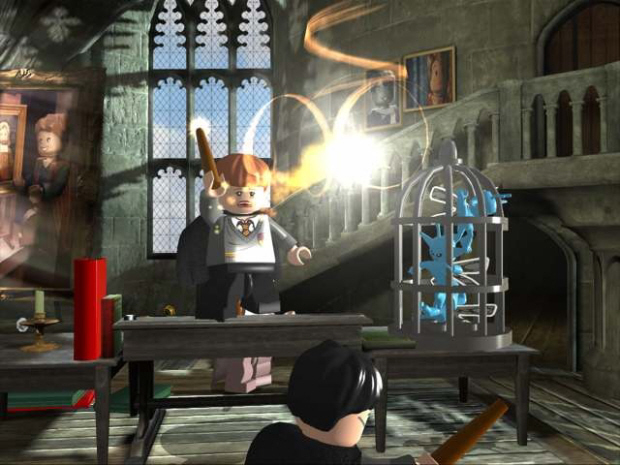 Looking for Lego Harry Potter: Years 1-4 codes, tips and secrets? The following will help you get the most out of this latest game in the long-running Lego series.

Will the Bonus Spells & Codes Mess With Trophies/Achievements? No, they do not. They didn’t with previous games in the Lego series, and this time is no different, because you can keep earning Achievements or Trophies for this game while using cheat codes.

You can enter the code: by going up the stairs from the Wiseacres Wizarding Equipment shop in Diagon Alley (where you can buy spells). But only once the Leaky Cauldron hub area becomes available.

To see what each spell does, watch our video that runs you through them all:

To see what each code does, watch this video that shows you miscellaneous passwords:

Tips and Secrets Lists and Videos

Gameplay cooperation tips from the makers of the game:

Split-Screen Co-Op Mode
When playing with another player, that player can wonder off of the screen and the game will automatically go into Split-Screen Mode to follow both you and the other player independently. This is an all-new feature for Lego Harry Potter. Previous games made you stay on the same screen to much frustration.

More handy gameplay tips from the makers of the game:

How to Get Across Gaps
You can use Harry or another characters broomstick flight (Harry is the best with the broomstick) to get across gaps that you can’t normally get across.

How to Enter Small Pipes
You can use Ron’s pet rat Scabbers to enter small pipes, allowing you to often proceed or discover a secret.

Thanks for the Red Brick & Extra Bonus codes to Madigan, for the Spell codes to Joe, and for the Gold Brick codes to Katakidoushi.