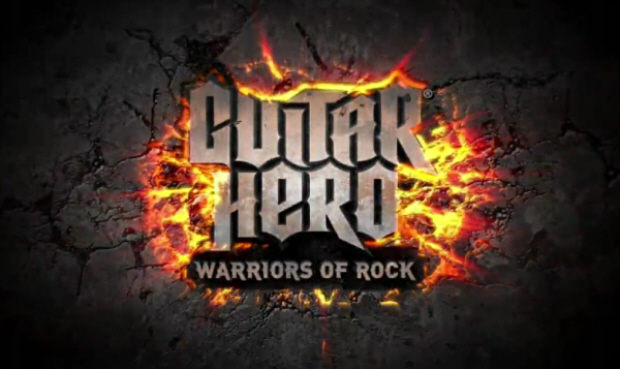 Guitar Hero: Warriors of Rock has a release date of September 28, 2010 for Wii, Xbox 360 and PS3 announced publisher Activision. The game marks the fifth core entry in the series.

Gamers will complete challenges such as Band Streak, High Score and Power Challenge, which allows players to choose any two warrior powers they have unlocked to try and earn ridiculously high scores, to rank up and unlock more rewards and content than ever before. All-new Challenge Leaderboards have been created in order to capture the outrageous scores that are capable with Quickplay+.

Guitar Hero: Warriors of Rock features more than 90 tracks that include guitar shredding hits from bands such as Black Sabbath, Megadeth and Slipknot and larger than life anthems from Queen, Muse and KISS. Additionally, Dave Mustaine of Megadeth wrote and recorded “Sudden Death,” an original track for the game, which was inspired by Quest Mode’s storyline. Along with original songs, the set list also includes special re-records by famous artists and tracks from bands that are making their music video game debut.