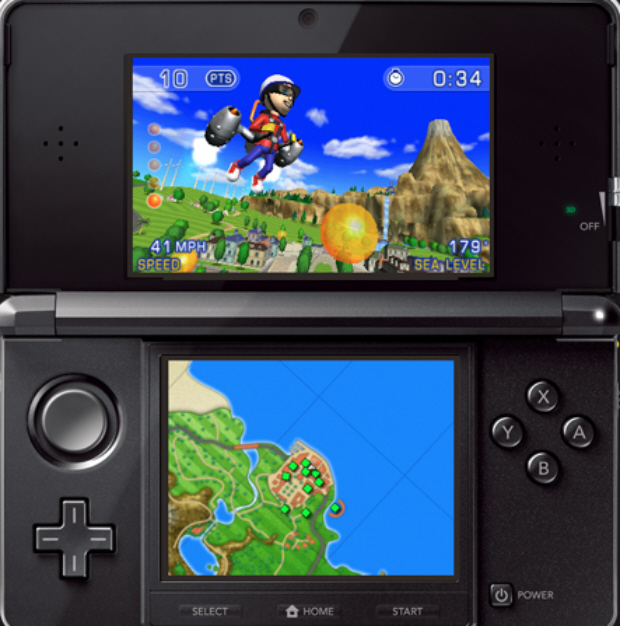 The Pilotwings series finally returns with “Pilotwings Resort” for the Nintendo 3DS!

Last time the far-too-fewly-frequented series was seen was at the launch of the Nintendo 64, where Pilotwings 64 impressed with it’s fully 3D graphics back in 1996. The original game, Pilotwings SNES, was released as a launch window title for the Super Nintendo. It was re-released for the Wii Virtual Console in December of last year. And those have been the only two proper titles in the series.

Like previous games in the series, Pilotwings Resort for 3DS is a flight simulation game in which the player completes missions by landing on targets and performing air sports while riding in a hangglider, rocketbelt or skydiving.

Except this time it seems that the Pilotwings series has been paired with “Wii Sports Resort” for a stylistic combo that graphically mixes both. From the screenshots released, the game appears to use Mii’s and to take place on Wuhu Island, the main locale of the Wii Sports series. For better for for worse.

Either way, it’s great to see Nintendo returning to so many of their old franchises that have been out of commission for so long. And fans like Ferry have been clamoring for a new Pilotwings for quite some time.