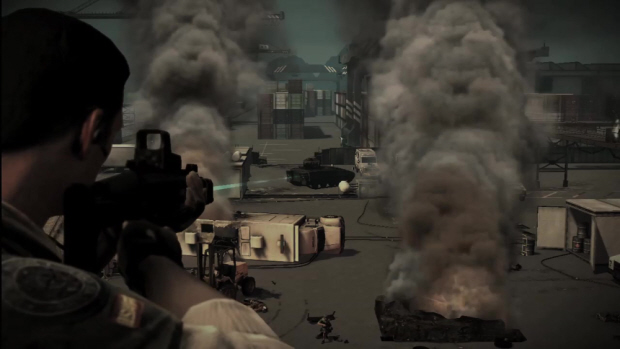 SOCOM 4: U.S. Navy SEALs is the latest game in the long-running SOCOM line, and the second to appear on the PlayStation 3. A new trailer was shown by Sony at E3 2010.

Experience what it’s like to be an Ops Commander as you lead a 5-person squad in a special mission to discover what’s behind the annihilation of NATO Special Forces in Southeast Asia. Continuing to raise the bar for tactical gaming, SOCOM 4: U.S. Navy SEALs introduces new ways for players to engage in combat. For the first time in franchise history, players will be able to utilize both the PlayStation Move and DUALSHOCK controllers to enable precise, tactical control over their A.I. teammates.

Storyline
Control meets chaos when a SEAL team confronts a no-win situation. Thrown into an international catastrophe, the Ops Commander, Cullen Gray, attacks with expertise and tenacity. With only six days, the OpsCom must lead his team to capture a militant revolutionary aimed at destroying the world’s most vital waterway and disrupting the global economy.

Key features of SOCOM 4 include