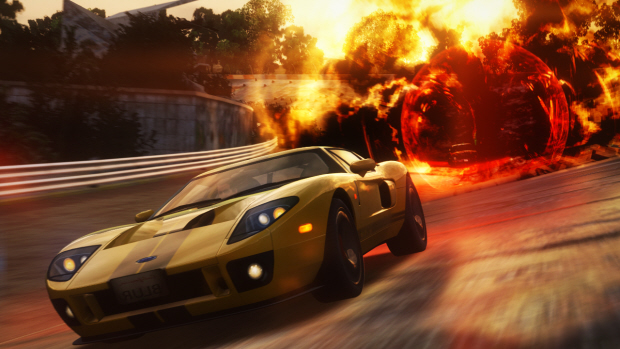 Looking for a Blur walkthrough to guide you through this exciting action racing game full of power-up infused chaos?

Below you’ll find a long list of tutorial videos, walkthrough videos and developer documentaries to help you get the most out of the game.

Take a walk through the many handy tools of destruction and deception at your disposal on the roads.

Work your way up the ladder of rivals in Career Mode.

Blow someone into the side of a building and mash them into bits.

Blur Under the Hood I: Power-Ups Documentary Video Guide

Power-ups have physical effects you can feel in your face.

The Bizarre Creations team discusses Blur’s social gameplay aspects, including how the game brings people together (except maybe when seeking serious revenge on your opponent!).

Customize your vehicle and take on the challenge of the various environments and see if you have driving skills to reach the finish line.

The dev team gets back under the hood to talk multiplayer in the sixth installment of the video series.

Go head to head in the ultimate showdown for pink slips!

Pass through the gates on fan runs to earn more fans during your race.

Please the fans and gain their loyalty along your races in Blur.

Gain a quota of loyal fans during your race to earn an extra life.

Mastery of power-ups is key, but that alone will not keep you in the race.

The battle for first place continues even when you’re out in front, use your power-ups wisely to guarantee victory.