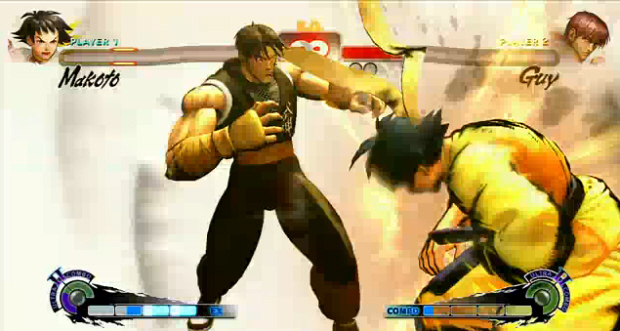 Looking for Super Street Fighter 4 cheats and tips? Below is a list of secrets to help you get the most out of this newest update to Capcom’s fighting upgrade for the Xbox 360 and PS3.

How to Unlock New Challenge Modes

You can unlock the mini-game Challenge modes by beating the Arcade Mode on any difficulty level. This will unlock both the “Barrel Buster Bonus Stage” mode and the “Car Crusher Bonus Stage” mode, allowing you to play these awesome retro throwbacks anytime you want!

If you bought the first Street Fighter 4, you will be able to use some additional costumes in Super Street Fighter 4. As long as you load the game while having a “Street Fighter 4” save file. Do so and you will have colors 11 and 12 added for each character. You’ll also be allowed to select any alternate costume downloadable content that you purchased for the original Street Fighter 4.

How to perform 720 Ultra

If you’re having trouble performing a 720 Ultra, remember that it must be buffered into a jump, dash or focus attack. This cannot be done while standing still.