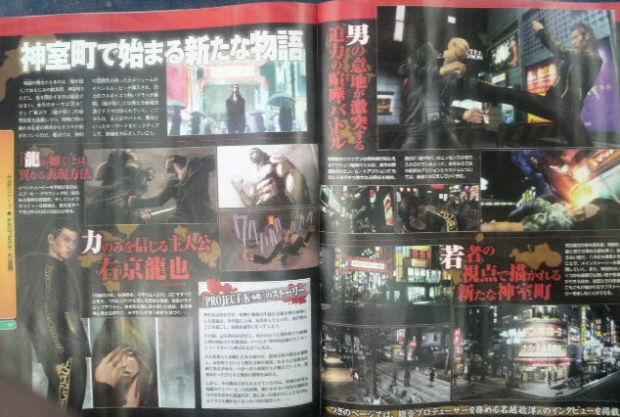 Sega has announced Yakuza: Project K as an all-new spin-off game in the Yakuza series exclusively for the PSP.

The game does not yet have a release date for outside of the Japan, and may never get one…

This will be the first portable entry in the series, and thus it will be getting an all-new protagonist with a fresh set of characters although the game is set around the events of the first Yakuza.

The new series hero is named Tatsuya Ukyo and he takes the place of the star of the normal series named Kazuma Kiryu.

The game is set in night spot Kamurocho, which is the in-game version of Tokyo’s seedy Kabukicho.

Not much else is known about the title, but you can see the first images of it from the Weekly Famitsu (Japanese magazine) in the scan above.