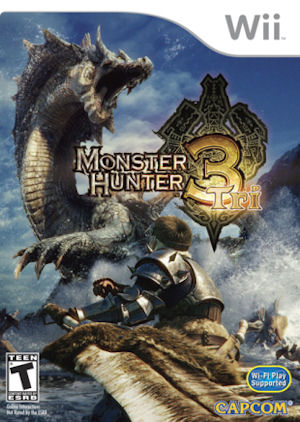 Here’s the list of this week’s game releases. The most popular titles this week are: Monster Hunter Tri on Wii and Dementium II on DS. On the downloadable games front we’ve got the Wii Shop and DSiWare titles Mega Man 4, Bang Attack, Surviving High School and more Game & Watch games. The Misadventures of P.B. Winterbottom joins Steam (updates Tuesday). As well as Puzzle Chronicles & After Burner Climax on Xbox Live Arcade (Tuesday) and the latter also on PlayStation Network (Thursday). No word yet on any GameTap Gold games (updates Thursday).

The on Tuesday released retail games are: