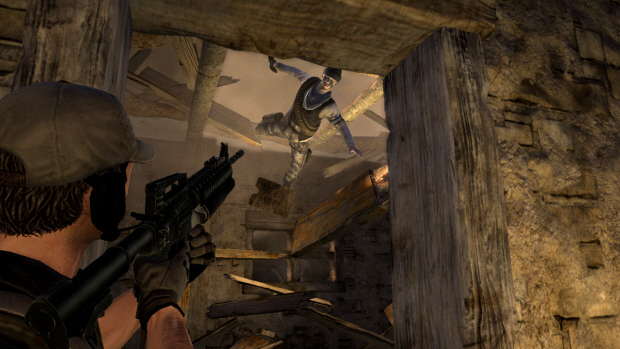 Breach, from cancelled Iraq War game “Six Days In Fallujah” developer Atomic Games, will be released for Xbox Live Arcade this summer. This was revealed when they were asked about the state of the game at PAX East 2010 by Joystiq.

Breach is a multiplayer-focused online first-person shooter “based on the elite CIA Activities Division officers” that is set to go up against EA’s online shooter megahit Battlefield 1943.

The maps in Breach are entirely destructive, including walls, floors, ceilings, trees and down to the single bricks on buildings, and the game actually looks more like a console shooter than an Xbox Live Arcade release.

Breach is also set to feature four classes (with a fifth available after you’ve mastered two of the classes), an experience points system that allows you to purchase gadgets, at least four maps for the final game and no less than 23 weapons with which to shoot your friends.

Sounds pretty good to me. And it won’t be long until we’ll be able to try it out ourselves. As summer is fast approaching!