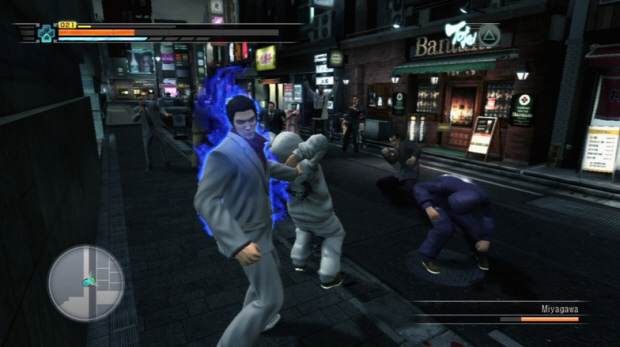 In this Yakuza 3 walkthrough, you’ll see the beginning moments of cutscenes and gameplay for this long-awaited third PS3 entry in the Yakuza series, a game that many never thought would see the light of day for release outside of Japan.

Part three of the Yakuza saga continues from where Yakuza 2 on PS2 left off, while follow-up on the Edo-era prequel Yakuza: Kenzan (a game that has yet to see release outside of Japan). Players experience an authentic, gritty and often violent story set in modern day Japan. Following the events of the previous game, Kazuma and Haruka (his adopted daughter) have left Kamurochoto to seek a new life in Okinawa where they manage an orphanage for children. However, their peaceful life is soon interrupted when a series of events unfold pulling Kazuma back into the shadowy past he thought he had left behind. Making its first appearance exclusively on the PlayStation 3 platform, the rich story and vibrant world of Yakuza 3 lets players engage in intense brutal clashes within the streets of Okinawa, and the pulsating and often dangerous city of Tokyo where only the strongest will survive.

We’ll add the rest of the game videos when they become available online.