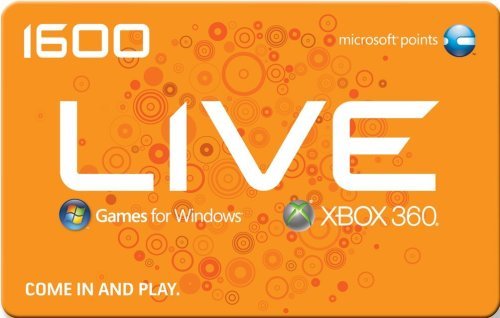 Command your Toy Soldiers in epic, action-packed battles set in a World War I toy diorama. Assemble your troops and position your defenses before the enemy storms over the top! Then take direct control of your artillery to bomb the enemy positions, pilot your bi-plane against the enemy trench, or maneuver your tanks across No-Man’s Land… and lead your Toy Soldiers to victory! Play the single-player campaign and dive into two-player head-to-head combat, local or on Xbox LIVE.

“Desperate Escape” is the second installment of new (downloadable) content for Resident Evil 5. It pairs Jill Valentine and Josh Stone in another harrowing lost chapter of the Resident Evil 5 story. Freed of a mind control device, a fatigued Jill Valentine finds herself awakened by BSAA agent Josh Stone. Jill and Josh must work together to escape from the Tricell facility under the darkness of night.. Players will fight-off unrelenting waves of enemies in heart pumping blockbuster action, guiding Jill and Josh as they race to assist Chris and Sheva in their final showdown with Albert Wesker.

Here is some gameplay footage.

The Deal of the Week is: Gears of War Avatar items.

The new Xbox 360 Games on Demand titles are: Fallout 3 and Street Fighter IV.

Content: Fallout 3
Price: Check pricing for your region
Availability: All Xbox LIVE Regions except India, Japan and New Zealand
Text: Download the manual for this game by locating the game on http://marketplace.xbox.com and selecting “See Game Manual”. Vault-Tec engineers have worked around the clock on an interactive reproduction of Wasteland life for you to enjoy from the comfort of your own vault. Fallout 3 includes an expansive world, unique combat, shockingly realistic visuals, tons of player choice, and an incredible cast of dynamic characters. Every minute is a fight for survival against the terrors of the outside world – radiation, Super Mutants, and hostile mutated creatures. From Vault-Tec, America’s First Choice in Post-Nuclear Simulation.

Content: Street Fighter IV
Price: Check pricing for your region
Availability: All Xbox LIVE Regions
Dash Text: (Online Interactions Not Rated by the ESRB) This game supports English, French, Italian, German, Spanish, Japanese, and Korean. Download the manual for this game by locating the game on http://marketplace.xbox.com and selecting “See Game Manual”. Capcom’s world renowned hit fighting series returns after a 10 year hiatus! Step into the ring with familiar characters like Ryu and Chun-Li or try your hand at brand new, never before seen fighters! Jump straight into online matches directly from Arcade Mode with an all new online system that mimics the feel of the arcade by allowing other players to challenge you in real time. Show the world what kind of warrior you are!

Content: Just Cause 2 Demo
Price: Free
Availability: All Xbox LIVE regions
Dash Text: Prepare yourself for some extreme chaos creation in this non-stop adrenalin-fuelled demo of Just Cause 2. Whether freefalling from thousands of feet, hijacking enemy fighters in mid-air or simply blasting your way through military compounds on the ground, as agent Rico Rodriguez you’re guaranteed to leave your mark on the tropical island of Panau. With literally hundreds of weapons, vehicles and collectables to discover and near unlimited possibilities for creative fun, you’ll soon find this vast playground is only a tiny portion of what the full game has to offer. Grab a parachute and ready your grapple… it’s time to cause some chaos!

Content: MotoGP 09/10 – Demo
Price: Free
Availability: All Xbox LIVE regions
Dash Text: Get the new MotoGP 09/10 demo now and test ride the 125cc, 250cc and GP class bikes AND experience the challenge of three different game modes , including; ‘Championship’, ‘Time trial’ and ‘Arcade’. Racing on the world famous Mugello circuit this impressive demo gives you a chance to sample the best MotoGP game to date and the best racing action on two wheels.