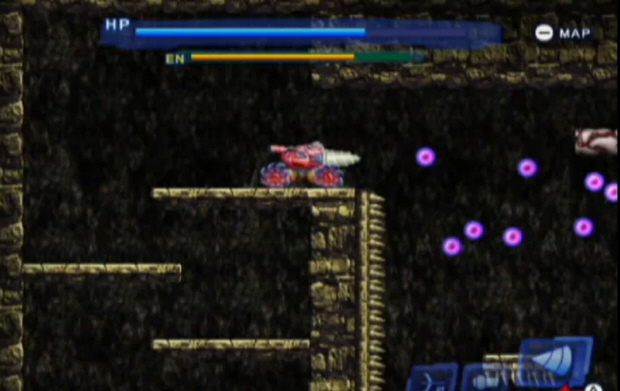 Blaster Master 3: Overdrive has been announced exclusively for WiiWare by developer GAIJINWORKS and is available for download today! The developers promise that this new game will be just as addictive as the original.

Blaster Master: Overdrive is an action-shooting game that takes place on an Earth infected by an aggressive, polymorphic virus. Poor, defenseless animals worldwide infected by the virus have been turned into flesh-eating, hemoglobin-swilling terrors! Fortunately, the world has Alex. And, even more coincidentally, he happens to be one of the world’s foremost biologists – specializing in viral mutation profiles and genetic manipulation.

Every studious biologist facing imminent global annihilation needs a sweet ride, and Alex is no exception. He has S.O.P.H.I.A., a shape-shifting, gas-guzzling, projectile-spewing paean to destruction on four wheels. Things look grim, but with Alex and S.O.P.H.I.A. on the case, the world just may have a chance.

The newest installment in this classic series will return to the crtically acclaimed format of the NES original but with slick new graphics, with alternating gameplay that switches from side-scrolling platforming in S.O.P.H.I.A. to overhead-perspective blasting and exploration when controlling Alex.

Upgrades for S.O.P.H.I.A. must be collected to access progressively more challenging terrain and the game features a total of eight distinct areas. Each area features a mutant boss that must be defeated to progress.

As with the BLASTER MASTER NES Virtual Console release, fans are encouraged to improve their skills completing this game so they can compete and win in a coming promotion that will test their skill for collectible prizes. The game is available now for 1000 Wii Points.

Here is the official trailer showing off gameplay footage of this great looking action game.

About GAIJINWORKS. GAIJINWORKS was founded by Victor Ireland after spending more than 15 years as President of Working Designs, where he innovated deluxe packaging, special premiums, pack-in soundtracks and game documentaries for their RPG product. Many of the practices he innovated have become standard in the RPG segment, and console video games in general. GAIJINWORKS is focused on continuing a tradition of fanservice for game fans.