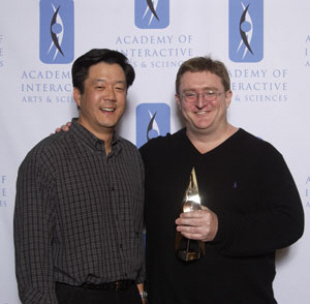 Gabe Newell of Valve has won the Pioneer Award for the Game Developers Choice Awards 2010. The award was given to him for his work in the creation of the downloadable PC game platform Steam, as well as his work with masterpieces in game design like Half-Life, Half-Life 2, Portal, and the Team Fortress games.

Newell will be on stage to collect the award at the Game Developers Conference 2010 in San Francisco on March 9-13.

Previous winners of the Pioneer Award, which celebrates individuals who were responsible in developing a “vital technology” or game design “at a crucial juncture in video game history, paving the way for the many who followed them”, include: