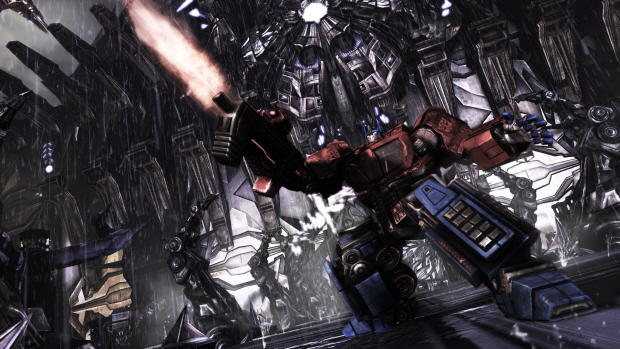 Transformers: War for Cybertron features a cast of characters that is extensive from the Transformers world and includes over 20 from each side.

The game is an all-new Transformers installment that is not connected to any previous fiction or film. It is being developed by High Moon Studios and published by Activision for Xbox 360, PS3, Wii, PC and DS. It will be released sometimes this year.

Up next is not just a list of characters, but also how to unlock some of them in-game.

Here is the list of Transformers that have been confirmed to be in the game:

Here’s the brand new CGI teaser trailer for the game.

Here’s a trailer for the July 27th release of the New Map and Character Pack DLC.