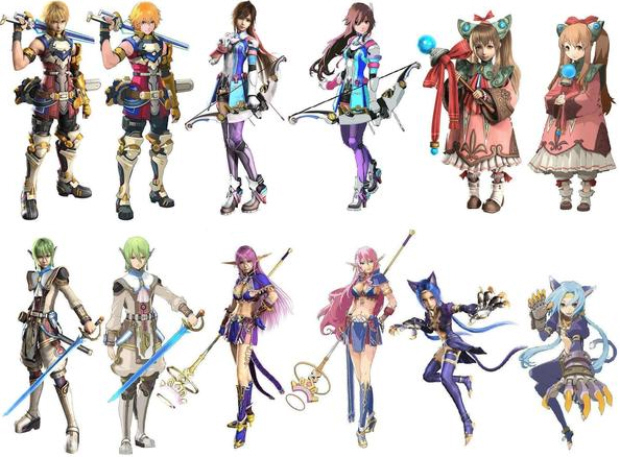 Here is the cast of characters in the game:

Here is a trailer for Star Ocean: The Last Hope on PlayStation 3.