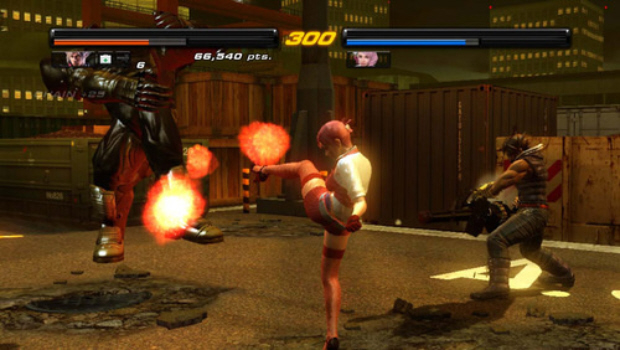 The Tekken 6 cooperative mode update will be released on January 16, 2010 for Xbox 360 and PlayStation 3, announced developer Namco Bandai.

“Previously playable only as an offline single player mode with an AI companion, Tekken 6’s Scenario Campaign mode now let’s two players come together online and power their way through numerous stages. Use voice chat to work together strategically and beat down vicious opponents and their legions of minions. To keep the fires of competition in the forefront, a co-op leaderboard will be implemented so players can size up their skills against the best in the world.”

In addition to the above, this new update will fix the “Mokujin” wooden dummy which previously would refuse to switch to the proper styles as much as it should’ve. It will now change styles every round.