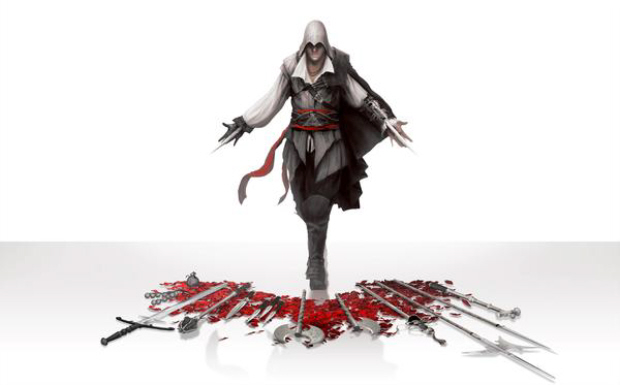 Continuing on with the string of new Ubisoft announcements comes this major bombshell, a multiplayer Assassin’s Creed game will be released before March of 2011. This according to the same third-quarter financial statements that already gave us the news of Rayman Raving Rabbids 4 and the Splinter Cell: Conviction and RUSE delays.

The statement announcing the new Assassins Creed game reads as so:

“Within the next fiscal year, Ubisoft will be releasing a new episode of Assassin’s Creed, which will be the first in the series to have an online multiplayer mode.”

The studio later added: “The game will take place with the same hero, which is Ezio, and will follow-up the story that took place in Assassin’s Creed II.”

Further details on this exciting new development will have to wait until a later time. For right now, we don’t know exactly what is meant by the word “episode” nor what platforms this game is set to appear on, presumably Xbox 360, PS3 and PC as it sounds like Assassin’s Creed 2.5.

This “episode” is not part of the downloadable content episodes that will be released for Assassin’s Creed 2 on Xbox Live, PlayStation Network and PC, it’s a new game. One thing is for sure, it’s NOT Assassin’s Creed 3.

Update February 2010: Ubisoft has mentioned during their Q3 investors call that in the game Ezio will strike the Templars at their headquarters in Rome. As for the “innovative multiplayer”, it would seem players can participate in an assassination mode against friends online.