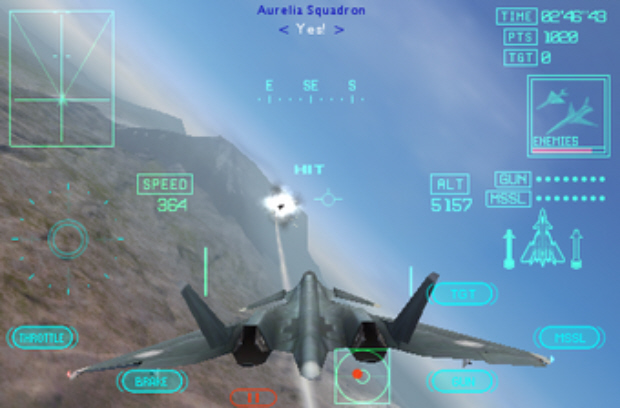 Ace Combat Xi: Skies of Incursion has been released for the iPhone and iPod Touch, as just the latest example of how companies are firmly committed to developing and releasing hardcore, console-style games for the mobile platform. This time from Namco Bandai.

In the game, The People’s Republic of Leasath has launched a sneak attack on the Federal Republic of Aurelia, and it’s up to the Falco squadron to defeat them in Amadeus.

Although there is no multiplayer for the game, Namco is promising future DLC including new levels, and there is always the possibility that they could add a multiplayer mode in the future.

The game is available now for download from the App Store at a price point of $5 from Namco Networks.