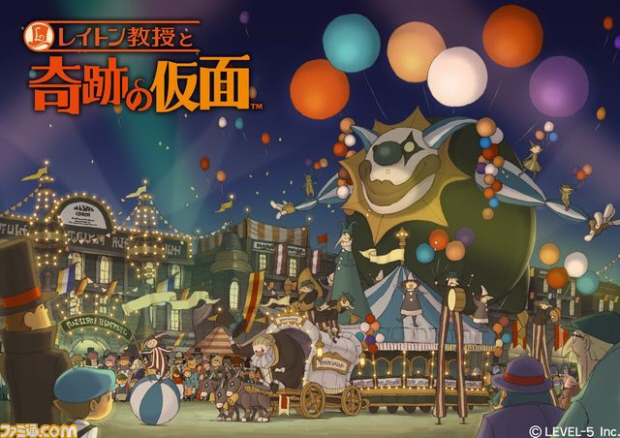 The newest game focuses on the “Miracle Mask” of the title, a powerful mask that is worn by the main villain in Devil’s Flute (named Death Call). The game takes place in a city of the Mask’s creation called Casino City.

The mask itself is said to grant the wishes of those who are in possession of the magical object. This has led to a many mysterious incidents of which Layton is investigating.

The game is set for Japanese release in the Fall of 2010.

The Professor Layton series has sold 7.9 million units worldwide, even though only the first two games have been released outside of Japan.