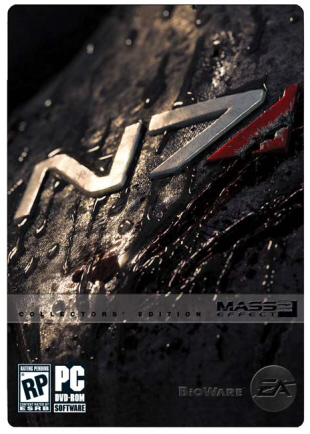 So what comes with this collector’s edition? Nothing too out of the ordinary but it should still keep fans happy.

Here is what comes in the Special Edition package:

“We’re really excited to roll out this Collectors’ Edition featuring so many unique items, including special Collectors’ Edition armor and weapons and content that will surprise Mass Effect fans,” said Dr. Ray Muzyka, co-founder, BioWare and Group General Manager of the RPG/MMO Group of EA. “The limited edition comic book and bonus DVD will really enhance and expand the overall Mass Effect 2 experience.”

The Mass Effect trilogy is an emotionally charged science fiction adventure set in a vast universe filled with dangerous alien life and mysterious, uncharted planets. In Mass Effect 2, players will once again step into the role of the heroic Commander Shepard, commanding their crew of some of the most dangerous operatives from across the galaxy on a mission so challenging that it’s potentially suicidal. Featuring intense shooter action, a rich futuristic storyline, space exploration and emotionally engaging character interaction, the game delivers an unparalleled cinematic experience.

Here is the latest developer diary for Mass Effect 2, which takes a look at the enemies in the game.