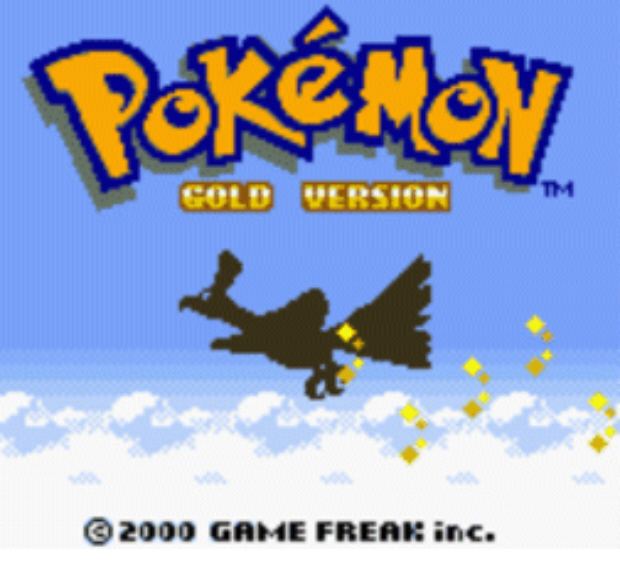 Looking for Pokemon Gold cheats and secrets? Then look no further, as we have all kinds of Pokemon Gold game cheats and guides for the first Game Boy Color sequel to the original Pokemon Game Boy games that started it all.

1. Where to Catch Ho-oh
There is only one Ho-oh in Gold and Silver, so make sure you catch it. You can find it on top of the Tin Tower, but you’ll need the Rainbow Wing to go up there. You get the Rainbow Wing from the Radio Station Manager in Goldenrod City (Gold version) or the old man in Pewter City (Silver version).
2. Where to Catch Lugia
You can find Lugia in Whirl Island, off Route 41. You’ll need to know the HM 06 Whirpool technique to get in as well as the Silver Wing. You can find the latter in Pewter City (Gold) or the Radio Station in Goldenrod City (Silver).
3. Where to Catch Entei, Suicune, Raiko
Dogs, cats, what are they? Who cares! They’re cool and they’re exceedingly rare. To catch these guys, go to the Burned Tower in Ecruteak City. When you get close to them, they will run away. After this brief encounter, these fast creatures will roam around Johto. So where do you find them? Check your Pokedex and have some Fast Balls ready.
4. Where to Catch Togepi
Professor Elm’s assistant will give you an egg in Violet City after you beat the Gym Leader there. It will hatch into a Togepi.
5. Where to Catch Tyrogue
You can get this young Fighting Pokemon from Blackbelt Kyo (if you have an empty slot in your party) in Mt. Mortar, or simply breed one using Hitmonchan or Hitmonlee and a Ditto.
6. How to Catch Sudowoodo
This odd Rock type blocks your way on Route 36 (just like Snorlax below). Use the Squirtbottle from Goldenrod City to battle it.
7. How to Catch Porygon
You can get Porygon for 9,999 coins in the Celadon City Game Corner.
8. How to Catch Snorlax
Snorlax is blocking the way into Diglett’s Cave. Use the Poke Flute to wake it up.
9. How to Catch Eevee
Apart from winning an Eevee in Pokemon Stadium or the Celadon City Game Corner, you can also get one at Bill’s House.
10. How to Catch Aerodactyl
There is only one Aerodactyl in Gold/Silver, but it’s not that hard to get. Catch a Chansey and trade with the girl on Route 14 to get it.

POKEMON NOT INCLUDED IN POKEMON GOLD VERSION
To get the following Pokemon in Pokemon Gold, you must trade with Silver, Yellow, Red or Blue, as these Pokemon do not appear in Pokemon Gold.

POKEMON TRADE EVOLUTIONS LIST
The following Pokemon only evolve when traded with another player or a Pokemon Trainer. In addition, some of them will also only evolve if traded while holding the right Hold Item.

How to Solve the “Unown” Pokemon Mystery
In the “Ruins of Alph” (which stands for “Alphabet”) you will find a mysterious Pokemon(s) known as “Unown”. This unique Pokemon, #201, is the only Pokemon (at the time of Gold/Silver) that exists in more than one shape . . . there is one Unkown for each letter in the English alphabet, making 26 Unown Pokemon total.

To get these Pokemon, you must solve various sliding-tile puzzles at the Ruins of Alph. Doing so successfully will drop you into the ruins and caves below where you can try your hand at catching some Unown Pokemon. At first only one puzzle is accessible (the solution is Kabutop). Once you have gained the Surf and Strength techniques, you will be able to solve the rest.

Using Surf you can swim to the Southern cave and solve the Aerodactyl puzzle. The final two puzzles can be reached via the Union Cave by using Surf and Strength. The puzzle to the southwest is an Omanyte, while the one to the west is a Ho-oh puzzle.

The more puzzles you solve, the more types of Unown will be available for you to catch. Once you have caught three or more, head to the Alph Lab (found just outside the entrance to the Ruins of Alph). There you can get an update to your Pokedex that allows you to view and keep track of each type of Unown you have caught. Once you have caught all 26 types of Unown, return to the Alph Lab and use the machine in the corner. This gives you an additional Game Boy Printer option that allows you to print out banners using the letters as shapes of the Unown Pokemon – a special “Unown Font”.

SPECIAL POKEMON TRAINERS LIST
There are six extremely helpful Pokemon trainers in Gold and Silver. If you keep their telephone numbers in your Pokegear, these guys will then randomly give you useful tips throughout the game on how or where to find rare Pokemon. They will also guide you towards Pokemon “swarms”, allowing you to catch certain wild Pokemon much easier.

Easy Breeding Using Ditto
Here is a trick to make breeding for the Pokemon you want a breeze. To do this trick, simply select the Pokemon of your choice and a Ditto and put them in the DayCare Center. After waiting a bit, the old man will give you an egg that will hatch as whatever Pokemon you put in with Ditto! This makes it so that you don’t need to look around for a female and male Pokemon to breed. A major time savor.

How to Avoid Random Encounters With Cut
You can easily get through grassy areas without fighting random Pokemon by using the HM Cut move. Once you have taught Cut to a Pokemon, you can use that Pokemon to cut down trees and slice through grass while on the overworld. The trick is to use Cut to slice the grass in front of you. Do this and you can then walk on the spot without fighting a random Pokemon. Note that if you leave the area and return, the grass will have grown back.

How to Encounter “Shiny” Pokemon
You can encounter a different color of a normal Pokemon known as a “Shiny Pokemon”. However these are uber rare, and the odds of it happening are 1 out of 8,192! Good luck!

How to Freeze Your Game Clock (Glitch)
There is a way to freeze your game clock in Pokemon Gold & Silver, through a glitch, which makes the game’s clock stay frozen on a certain time of day. Note however that this is permanent. So be careful. Also, like all glitches, use at your own risk as it can mess up your game. To do this cheat, go to Vermillion City and talk to the Machop that is stomping on the ground. After you talk to him, open your Pack, go to Coin Case, and look at how many coins you have. Your game will either freeze or reset, so you must reset if it freezes. When you do, your game clock will be frozen in that exact time unless you use another code to change the time, which is possible.

How to Get the Diploma
In order to get your Diploma, you must have captured every Pokemon in the game (excluding Mew or Celebii, who are bonus Pokemon so they doesn’t count).

HOW TO GET SPECIAL POKEBALLS LIST DESCRIPTIONS
You can give Apricorns to the Poke Ball maker in Azalea Town to get new types of Poke Balls. Here is a list of what they’re good for.

How To Duplicate Pokemon Glitch (Warning: We are not responsible for what may happen when you use this glitch. Your game data can get deleted. Use at your own risk)

In order to do this trick, make sure you have access to a Save PC in the game and at least two Pokemon, including the one you want to duplicate. You also have to have a box with at least one free slot in it. Now here are the steps to duplicate the Pokemon.

1. Save your game at the PC.
2. Deposit the Pokemon you want duplicated into the Pokebox.
3. Exit the box and select the “Change Box” option.
4. Now WHILE the game is saving, turn the system off! You need to turn it off while it still says “Saving, do not turn off the power” on the screen.
5. Turn the Game Boy back on. You should be at the PC where you saved before.
6. Check in the Pokebox and you should see that not only is there the Pokemon you wanted duplicated in the box, but that SAME POKEMON is also still in your party. Thus, if done correctly, you’ll have two copies of that Pokemon!

Hidden Safari Zone (Glitch) (thx to yaziyo)
Normally there is no Safari Zone in Pokemon Gold or Silver when you go to Kanto. However there code was apparently left there by the developers, so you can still access a hidden Safari Zone by using a cheat device. Here is how to get there. Note that although it looks like there are no Pokemon, you can find some if you use the fishing rod! Also note that there is no way to get out of the Safari Zone, so don’t save while in it.

Here are the GameShark Codes to enter the Hidden Safari Zone:

Here is a video showing it off.

How to Level Pokemon Up By Re-Battling the Same Gym Leader (Glitch) (Warning: We are not responsible for what may happen when you use this glitch. Your game data can get deleted. Use at your own risk)

Here is a glitch that allows you to keep leveling up a Pokemon by re-battling the same Gym Leader over and over again. In order to do this glitch, follow these steps.

1. Save in front of a PC
2. Battle a Gym and it’s leader with a Pokemon you want to level.
3. After defeating the Gym Leader, do the Clone Glitch as described in the cheat above.
4. When you turn your Game Boy back on, you will have a cloned Pokemon with the same levels as you had after battling the Gym Leader, but the Gym Leader will still be alive.
5. Throw the old Pokemon away and keep leveling the same Pokemon by beating the Gym Leader again and repeating this glitch.
6. Note: Every three or so times you do this glitch your Pokebox will fill up. Be sure to release the extra Pokemon to get rid of them to prevent your box from filling up, or switch boxes.

How to Get All Three Starter Pokemon From the Beginning (Glitch) (Warning: We are not responsible for what may happen when you use this glitch. Your game data can get deleted. Use at your own risk)

There is a glitch that will allow you to get all three starter Pokemon in the game from the very beginning. To do this glitch, take these steps.

1. Start a new game.
2. Select your first Starter Pokemon (Cyndaquil, Totodile, or Chikorita).
3. Play through the game until you get to the point where you can freely catch Pokemon WITHOUT SAVING at any time.
4. Catch a wild Pokemon (any kind, doesn’t matter).
5. Now deposit your Starter Pokemon into a Pokebox
6. Now repeat the Clone Cheat from above, by turning the Game Boy off after you have selected “Change Boxes” while the game is saving.
7. When you turn the Game Boy back on, if the cheat worked correctly, your previous Starter Pokemon will already be in the Pokebox that you placed it in when you turned it off.
8. Be sure to move any Pokemon other than your starter that was in the box, to your party before doing this glitch. As the Starter Pokemon will replace it.

Here is a video showing how to do the glitch. (thx to halklk)